Talent flows at Time of the Writer 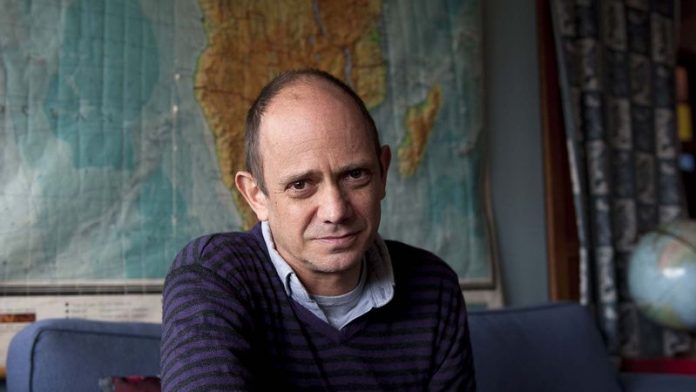 This edition of the festival, now in its 16th year, brings novelists, activists and playwrights to Durban for a week-long indaba that dissects ­literature, politics and life in general. It is hosted by the Centre for Creative Arts, a part of the University of KwaZulu-Natal.

To begin the event, on Tuesday March 19, local writers Kabelo Duncan Kgatea and Jo-Anne Richards sit down in a debate mediated by Zukiswa Wanner. Wanner, author of The Madams and Men of the South, is now living in Nairobi, Kenya. Kgatea’s novel in Sesotho, Njeng manong fa ke sule! (Devour me, vultures, when I’m dead!), won the Sanlam Prize for Youth Literature (silver) in the Sesotho category. He will be talking to Richards, a Wits University lecturer, whose latest novel, The Imagined Child, has just been published.

On the second evening, Nigerian novelist Jude Dibia and South Africa’s Graeme Reid have a discussion that examines “queer” identities.

Reid, whose new anthropological study, How to Be a Real Gay: Gay Identities in Small-Town South Africa, has just come out, is now based in New York. He is the director of the lesbian, gay, bisexual and transgender rights programme for Human Rights Watch.

The fate of Palestine then comes under scrutiny in a discussion featuring Palestinian-born, American-based novelist and essayist Susan Abulhawa, and Durban academic Lubna Nadvi.

On the second panel of the evening, Exploring Genre in African Literature, South African author, photographer and filmmaker Zinaid Meeran will converse with Nigerian-American writer Nnedi Okorafor, winner of the 2011 World Fantasy Award for Best Novel. The discussion will be facilitated by writer and journalist Melinda Ferguson.

The second talk of that night is by Ugandan Jackee Batanda and Aman Sethi from India. Both are journalists and writers and, appropriately enough, their discussion is under the rubric, The Reporter as Writer.

On Friday, March 22, Andile Mngxitama, Black Consciousness scholar and activist, makes a return to the festival in a discussion with academic Sampie ­Terreblanche.

Another panel to look out for at the festival is the one featuring scholar and activist Ashwin Desai and Jonny Steinberg, titled Writing the Other. Steinberg has just won the Windham Campbell Prize, which is awarded each year by Yale University to outstanding writers of fiction, non­fiction and drama.

There will also be several book launches happening at the event, including On Being Human (Black ­Letter Media), a collection of stories edited by Duduzile Zamantungwa Mabaso, and This Book Betrays My Brother by Kagiso Lesego Molope.

Musicians who will provide entertainment at the festival every night include Durban songbird Skye Wanda, the band Nje and Zimbabwean band Tanga Pasi.

For more information, contact the University of KwaZulu-Natal’s Centre for Creative Arts on 031 260 2506/1816, or email [email protected] Alternatively, visit cca.ukzn.ac.za

The value of women’s labour: Being a writer, woman and mother in a patriarchal world

Time of the Writer makes a U-turn

The word made flesh through music

Decolonise the book to create anew