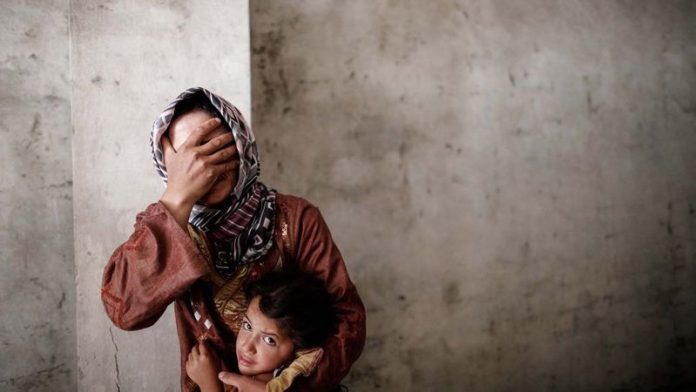 The catastrophic war in Syria has caused a ­"collapse in childhood", Save the Children said this week. It cited research revealing that one in three children reported having been hit, kicked or shot at.

The report, Childhood Under Fire, was launched to coincide with the second anniversary of Syria's uprising. It paints a grim picture of how children have been targeted in the war and shows that many are struggling to find enough to eat. Others are living in barns, parks or caves. Few are able to go to school. Teachers have fled and school buildings are under fire. Sanitation systems have been damaged, forcing some youngsters to go to the toilet in the streets.

The research, by Bahcesehir University in Turkey, includes ­harrowing testimony from refugee children, some of whom have seen their parents arrested, beaten and killed by regime forces.

Nidal recalled how his father was sleeping and his mother doing chores when government soldiers burst in. "They entered and beat my father. They started to beat him with sticks. All of them were beating him. One of them was kicking him. I was hiding in the room so they wouldn't take me."

A mother, Um Ali, who escaped across the border to Turkey, said: "We couldn't leave our house at all. The snipers would shoot us straight away. They were on the roofs. We could see children falling dead. This is why we fled, because of the heavy shelling. The children were terrified."

Threat of sexual violence
The report suggests the conflict has had a disastrous effect on youngsters.

It says armed militias are using boys as porters, runners and human shields, and bringing them to the frontline. Girls are being married off by their parents early to "protect" them from the widely perceived threat of sexual violence. "I know that men are hunting women. We could not protect her, so we had to marry her. We needed her to have a protector," Um Ali explained.

A universal problem faced by children and their parents in Syria has been hunger, with malnutrition steadily worsening. The military has targeted bakeries in many opposition-controlled areas and the price of basic foodstuffs, fuel and cooking oil has rocketed by up to 500%.

Asked why he fled his home, Rami, a father of three, said: "Hunger. If I stayed my children would have died from hunger."

Save the Children's chief executive, Justin Forsyth, said: "For millions of Syrian children, the innocence of childhood has been replaced by the cruel realities of trying to survive this vicious war. Many are now living rough, struggling to find enough to eat, without the right medicine if they become sick or injured. As society has broken down, in the worst cases, hunger, homelessness and terror have replaced school for some of these young people. We cannot allow this to continue unchecked. The lives of too many children are at stake."

The fighting has also had profound emotional consequences for many youngsters. Three-quarters had experienced the death of a relative or close friend.

The findings follow a report on Tuesday by Unicef, which said that the future of a whole generation of Syrian children was "disappearing under the rubble". It said 70–000 Syrians had been killed and one in five schools destroyed. In the divided northern city of Aleppo – a battleground since last July – only 6% of children go to school.