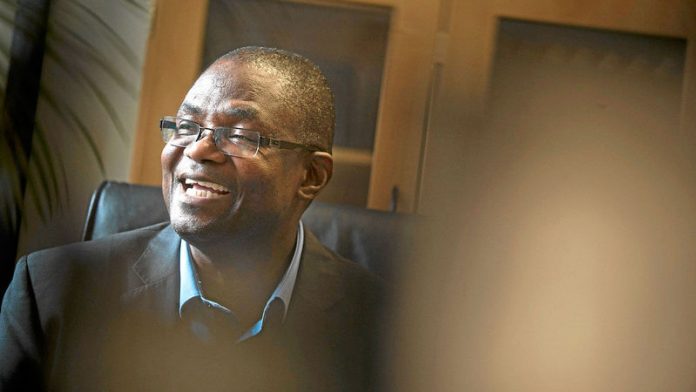 The country's largest teachers' union, the South African Democratic Teachers Union (Sadtu), says it "clarified" the role of Public Service and Administration Minister Lindiwe Sisulu at a meeting it had with her on Monday. The union believes it had to put her in her place because she was trying to do the job of Angie Motshekga, the minister of basic education.

Mugwena Maluleke, Sadtu's general secretary, said the parties "demarcated" the scope of Sisulu's work at the meeting to "make sure that she rests. She shouldn't be restless as she is, but rest — knowing that this is not an area under her jurisdiction," Maluleke told the Mail & Guardian.

Plans about school inspectors and the biometric system to monitor teachers' school attendance did not fall under her jurisdiction, he said. The union put it to her that she was mandated only to deal with issues that concerned the entire public sector, and not sectoral matters.

Now that a "clarification has been provided", a follow-up meeting was planned between Sisulu and the union, Maluleke said. "Clearly, she still has to go and consult."

The other side of the story
But Sisulu's spokesperson, Ndi­vhuwo Mabaya, denied Sadtu's version of what transpired at the meeting and said only the union's threat to withdraw from the three-year salary agreement was discussed.

"We are introducing a new regime for performance management and monitoring of performance. The minister is responsible for the performance of all public servants, including teachers," Mabaya said.

Sisulu had Motshekga's buy-in, Mabaya added. "Minister Motshekga and Minister Sisulu agree on similar challenges and work together on solutions. As the overall minister responsible for public service performance and salaries, Sisulu works with other ministers in improving performance and productivity."

The basic education department did not respond to a request for comment.

Other teachers' unions are also scratching their heads about Sisulu's new education drive. The National Professional Teachers' Organisation of South Africa (Naptosa) said it wanted Motshekga to explain why Sisulu was executing the education minister's duties.

"We're surprised that the minister of public service and administration is getting involved in sectoral issues," Naptosa's executive director, Henry Hendricks, said. "We'd like some explanation from Motshekga. Where does Sisulu get the mandate? Was it a decision taken by Cabinet?"

Spelling it out
Hendricks said Sisulu could only get involved in discussions about matters such as salaries, medical aid and the housing allowance. These were standard requirements in the government.

"We know Motshekga to be our minister. Sisulu is in public service and administration, but she's leading plans about education."

Ben Machipi, general secretary of the Professional Educators' Union, said Sisulu did not seem to have received proper advice.

"She is really encroaching on matters that should be handled by the minister of basic education," he said. "She's coming in from a misinformed position and as a minister she should know better. I think she's being ill-advised."

Sadtu's Maluleke also questioned the advice Sisulu was being given.

"Whoever advised her did so wrongly. She thinks she's responsible for conditions of service for the entire public service, but she's not."

Sisulu is eight months into her current portfolio and was previously the  minister of defence.

Zukiswa Kota, an education researcher at Rhodes University's public service accountability monitor, said it was problematic that Sisulu was getting enmeshed in educational matters. Motshekga ought to be the voice of government's education plans because she understands the challenges facing the sector better.

Meanwhile, the Cabinet has come out in support of embattled Basic Education Minister Angie Motshekga, according to a Cabinet statement.

"Cabinet reiterates its support for Minister Angie Motshekga in her endeavours to improve the quality of education," acting government spokesperson Phumla Williams told journalists on Thursday.

Under her leadership the country had a better understanding of the problems facing the education system, the statement said.