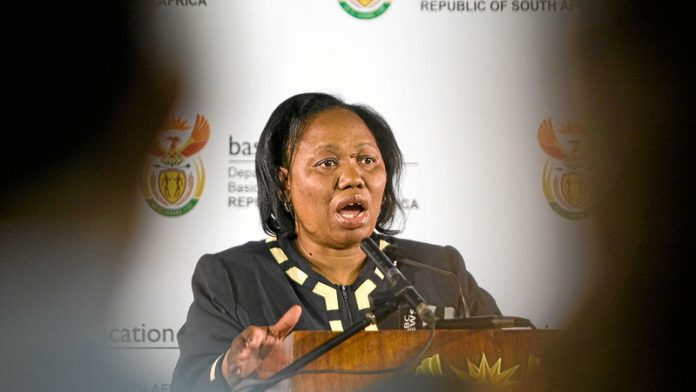 Gauteng pupils gathered at the Central Methodist Church on Thursday to draft better norms and standards for school infrastructure.

“In the draft the minister says schools must have some sort of energy. What sort of energy?” said Pretty Mvelase, a grade 10 pupil at Masisebenze Secondary School in Tembisa.

“We wanted her to be specific in the draft. She wasn’t specific,” she said at the public hearing for school infrastructure organised by nongovernmental organisation Equal Education (EE).

Motshekga published the draft norms after agreeing to do so in an out-of-court settlement with EE. The organisation has campaigned for two years for the norms, which they say will tell South Africans exactly what a public school should look like in terms of classrooms, electricity, toilets and libraries, among others. These norms will be a powerful tool in holding government to account in providing adequate school infrastructure, it said.

But education activists were shocked when the draft norms were published in January. They said it was a “weak document that offers vague definitions and avoids commitment or timelines”.

Since then, the organisation has been holding public hearings across the country for pupils, teachers and parents to voice their experiences of learning and teaching in schools with poor infrastructure. They are also collecting submissions on the draft norms.

'Damaged ceilings'
Last night a pupil said: “Our classrooms have damaged ceilings and might fall down anytime. We have many toilets but we only use one because the rest are damaged”.

Another said: “Our science laboratory only has maps of hearts and stuff but you can’t do experiments in it. It’s called a laboratory but it’s not a laboratory.”

“The norms don’t mention anything about safety and security. I mean, come to think of it, you [Motshekga] would not send your child to a government school,” said another.

Community leader for EE, Nontsikelelo Dlulani, said the good attendance at the public hearings showed pupils were desperate to be heard.

“I’m glad young people are coming and speaking up about school infrastructure and not just for themselves but for others who couldn’t be here and for the young people of the future.”

The draft says schools must have a library, or a science laboratory or a sports field.

South Africans have until March 31 to give comment on the draft.