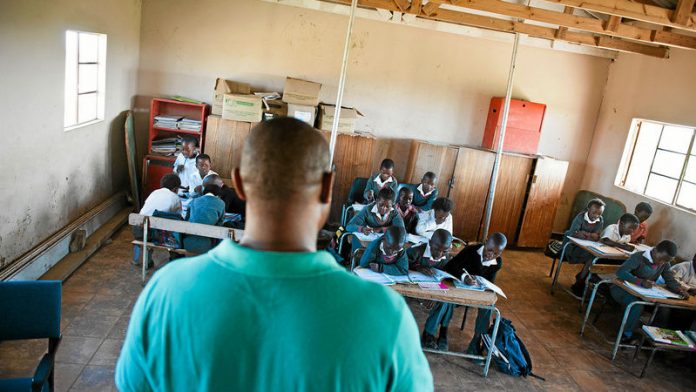 The removal of school inspectors in the early 1990s was regarded as a pre-democracy triumph for the South African Democratic Teachers' Union. It is the main reason why the union will oppose their return, an education expert told the Mail & Guardian this week.

Samson Gugulethu Nkambule, whose 2010 thesis for a master's degree at the University of Pretoria addressed school inspection as a monitoring instrument, said most teachers are still emotional about inspectors.

"There is still resistance from the democratic teachers' union to school inspectors because its members regard their abolishment as their victory," said Nkambule.

His research found that apartheid-era inspectors were unpopular with teachers because they were "autocratic, subjective and judgmental when evaluating the performance of teachers". The inspection system collapsed in the early 1990s after the union's members embarked on rolling protests against it.

These are plans that the largest teacher union in the country passionately opposes, claiming they will "police and deprofessionalise" teachers.

Finding faults
Mugwena Maluleke, Sadtu's general secretary, said that school inspectors are all about finding faults. The country's teachers need support to grasp "deep know-ledge" of the curriculum they are expected to implement, Maluleke said. The basic education department is currently phasing in a new curriculum.

Maluleke was a teacher in Limpopo when inspectors still operated. "School inspectors traumatised us," he said. "On the day they came you didn't teach. You were in an emotional state. Their approach was [to be] threatening, insulting, undermining."

A former teacher in the then KwaNdebele homeland, who is now a senior manager in the Mpumalanga government and asked not to be named, said he failed to see how inspectors would fit into a democratic South Africa.

"Apartheid was fertile ground for the inspectorate system to thrive," he said. "It will not survive in the democratic order where people can make their voices heard."

Ronald Swartz, now an independent education management expert, was a founding national vice-president of the teachers' union when it waged war over inspectors.

"I detested the inspectorate for the simple reason that their inspections were destructive rather than developmental in nature," he said.

A union's failure
Swartz said he is proud that he took part in the struggle that resulted in school inspectors being abolished, but he now "regrets" the union's failure to become a force of transformation in public education.

He accused the union of using "many excuses … to resist the real need for full accountability among teachers".

"The fact is that too many teachers will be found to be unfit for the profession. This could cause a further crisis of confidence in the profession in general and in the quality of our education specifically."

But Sisulu intends the inspector plan to be "just about compliance and performance management", said her spokesperson, Ndivhuwo Mabaya.

"They are about performance standards, [so there's] no need for autocracy."

He said: "Those who have to be at school at 7.30am must be there, just that. The government led by the president [Jacob Zuma] wants teachers in class teaching and the ministers of public service and education are dealing with this."