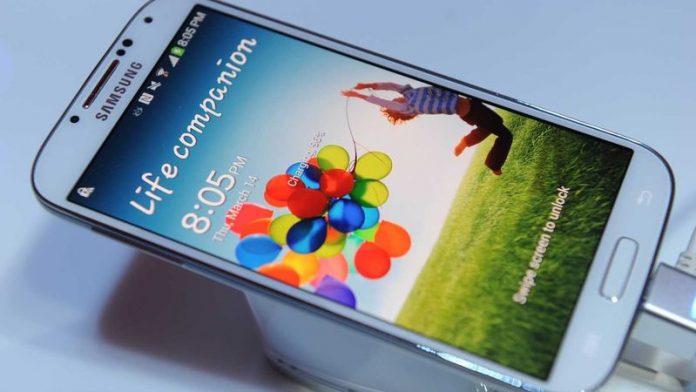 The launch of the Samsung Galaxy IV on Thursday reinforced the perception that the Korean giant’s design philosophy remains: "Throw everything in and hope some of it works".

That, along with the increasing screen size of the new phone by five inches, up from 4.8-inches is the clearest indication that the company is fast running out of ideas in the smartphone game.

Apple, on the other hand, have continually resisted the urge to super-size its phone and it seems unthinkable that the next iteration of the iPhone will jump from the current 4-inches to the monster 5-inches of the Galaxy S IV.

The clearest example of the problem with Samsung's everything-and-the-kitchen-sink approach is in its approach to voice commands. Instead of embracing the voice commands services built into Android, Samsung has created its own S-Voice solution, which didn't work well at all and has been "upgraded" for the S IV launch. Don't expect it to be any better than it was before.

This is, unfortunately, a problem that almost all Android handsets have. The vendors are so desperate to compete with each other that they feel the need to take a perfectly good phone operating system and "improve it".

So Samsung has TouchWiz, HTC has Sense and LG and Motorola have their own skins they impose on their customers.

The approach that Apple, Blackberry (with the Z10) and Microsoft Windows Phone 8 suppliers (Nokia and Samsung and HTC, ironically) have is that the user is presented with a standard interface and any customisation is done under that layer.

Samsung may be the biggest smartphone vendor in the world but it is stuck in an arms race that it is determined to win. The problem with this is that it is competing against companies that are able to sell phones running basically the same software as Samsung, as well as companies that have complete control over the hardware and software on their phones.

The result of this is that the phones are stuffed with gimmicks, hardware and software features that people might need, but might not either. This sullies the user experience and leaves Samsung having to compete with itself a year later.

Apple, on the other hand, has managed to stay out of the arms race and deliver beautifully crafted hardware and (if you ignore the Maps debacle) software that people use and engage with on a regular basis.

The single statistic that tells you the quality of iOS versus that of Android is that in 2012, Android-powered phones accounted for almost 70% of smartphone sales, while Apple had just under 20% of the market . By contrast web usage statistics indicate that Android users accounted for 36% of mobile web traffic in February 2013 and iOS devices accounted for 27% of web usage. This indicates the level to which the average iOS user makes use of their device as opposed to the average Android user and provides an indicator of the ease of use of the device.

The Galaxy S IV will sell huge amounts of phones simply because it is probably the best Android phone in the market today and Samsung has the marketing power to drive users to the phone.

The iPhone will, however, remain the benchmark for all smartphones because Apple-built phones set the standard that everyone still measures themselves against and that is something that Samsung will never be able to attain.

The new Samsung Galaxy S IV shows it has the philosophical edge over the competition, which is why it, and its progeny, makes for a good bet to win the smartphone wars over the next five years or so.

We’ve known for a while now that phones are the future, especially in Africa. Actually, in Africa, phones are the future already. Feature phones, the ones that can do a whole lot of stuff but not everything, are connecting people to social networks and all kinds of information services at a breathtaking rate. Things will get really interesting when those feature phones are replaced by smartphones, which can do pretty much everything a computer can, and a few things more on top of that.

But the credit for that really lies with the networks, their rapid spread and their increasingly impressive internet connectivity. The actual phones, the hardware and platforms, haven’t been acting like they are from the future. Oh, the addition of cameras and GPS and touch-screens have changed high-end cellphones beyond anything most of us imagined a decade ago, but they’re still, you know, pretty pedestrian.

Samsung, with its Galaxy S IV, is finally changing that, and it will reap the rewards of sales volumes beyond the dreams of avarice for this model and its immediate successors. Not because of any technology or feature or combination thereof, but because of of the philosophy behind it.

Here are some of the feature highlights:

The S IV also naturally comes will all the stuff that made the S III a success, including near-field communication (NFC).

Here’s what those kinds of features tell us about the way Samsung sees the future: we will be using our phones in all kinds of weird and wonderful ways, and the job of the phone is to allow us to do this.

Will everyone want to blink and wave at a phone? Surely not; some of us prefer complicated finger gestures. Are you likely to get four other S IV owners together to set up a surround-sound system using tiny speakers? Depends on how bored you are. Do you want to use a single phone to do video calls between groups? That starts to sound more plausible.

Much like early personal computers, though, we just don’t know exactly what it is we’ll end up using these machines for. What we need are some cool ideas, a platform that can extend in virtually any direction, and the freedom to experiment.

What we’ve had to date, instead, were phones built around specific use-cases: music, email, photos, thinness. Some manufacturers didn’t consider a cut-and-paste function important, others thought NFC is just a fad.

Samsung, I think, gets it. We want it all. We’ll figure out how much of it we use on our own terms.