M23 rebels run out of ammunition, flee to Rwanda 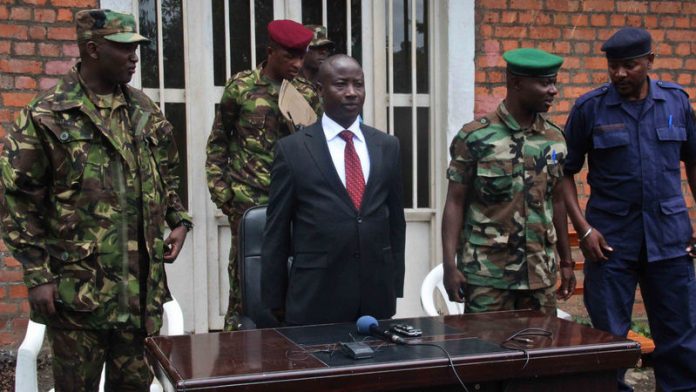 Rwandan Foreign Minister Louise Mushikiwabo confirmed that 600 fighters were among an influx of people that crossed into her country late on Friday and early on Saturday from the DRC's restive east.

"The soldiers and officers from DR Congo that have entered Rwanda have been disarmed and detained. Several wounded among them are receiving treatment with assistance from the Red Cross," she said in a statement.

Among the fighters was M23's ex-political leader Jean-Marie Runiga, whose faction has been fighting rivals loyal to the group's military chief, Sultani Makenga, since March 9.

"I am here because the situation on the ground has worsened … I preferred to stay alive," Runiga told journalists at the Nkamira transit camp in Rwanda. "For the moment I'm here because I can get asylum."

Also in the group that fled is Baudouin Ngaruye, a top military commander of Runiga's wing who has been under UN sanctions since November for his alleged role in a 2009 massacre and mass rape in eastern DRC.

"We fought and we ended up here because we ran out of ammunition," Ngaruye told journalists in a Rwandan village close to the border. "It's a tactical retreat so that our wounded can get treatment and so that we can put an end to this war between brothers."

A Rwandan military spokesperson said the army was "handling [the refugees] under the international law, we disarmed them upon arrival and separated the fighters from civilians".

Fighting between army mutineers M23 and Congolese forces in the eastern province of North Kivu has displaced 500 000 people since May last year, according to the UN refugee agency.

Over 25 000 Congolese fled to Rwanda as a result of the renewed conflict last year, according to Rwandan officials.

Since the signature on February 24 of a UN-backed agreement aimed at restoring peace to eastern DRC, fighting has opposed Runiga's wing of the M23 and the faction loyal to Makenga, also the target of UN sanctions for atrocities and rights abuses.

Makenga accuses Runiga of backing Bosco Ntaganda, an infamous rebel leader known as the "Terminator" who is sought on war crimes charges by the International Criminal Court.

Makenga himself has remained loyal to Laurent Nkunda, Ntaganda's predecessor at the head of an earlier rebel movement in the region, the National Congress for the Defence of the People (CNDP).

Runiga for his part accuses Makenga of ganging up with DRC President Joseph Kabila to torpedo peace talks in Kampala.

After a brief lull, fighting between the two factions resumed on March 9 around Rumangabo, Makenga's stronghold, and Kibumba, where Runiga had set up his headquarters.

Makenga's camp said the heavy fighting of the past few days had allowed them to "neutralise" the Runiga faction and seize its territory.

They said their offensive also resulted in "some 20 officers and several hundred" fighters from the rival faction coming back to the pro-Makenga wing, and called on the remainder to do the same.

They said they were "ending their military operations", one of the aims of which had been to catch Ntaganda and hand him over to the ICC.

They gave no information on Ntaganda's whereabouts.

This latest round of fighting caused almost 12 000 people to flee their homes, the UN said.

The DRC army has been fighting the M23 since May in mineral-rich North Kivu.

The M23, made up largely of Tutsi Kinyarwanda speakers, says it is fighting for the full application of a March 23 2009 peace agreement that incorporated the CNDP rebels into the Congolese army.

UN experts have accused Rwanda and Uganda, which border North Kivu, of backing the M23. Both deny the charges.

Peace talks have been under way in Kampala since December but have made little progress. – AFP