The ANC is flushing out the unwanted 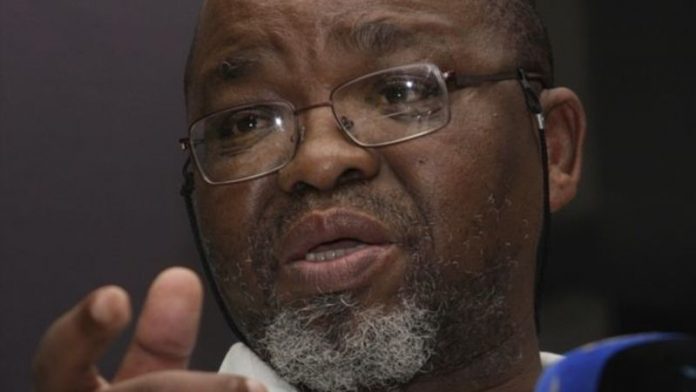 ANC secretary general Gwede Mantashe on Monday did his best to paint the ruling party's resolution to dissolve the executive committees of both Limpopo and the ANC Youth League as an exercise in restructuring.

He said the committees' misbehaviour did so much damage to the organisation that it would be untenable for each structure to continue in its current form.

The ruling party, Mantashe claimed, would strengthen itself by getting rid of unsavoury elements that displayed un-ANC tendencies and sowed division within their ranks.

Their new incarnations would serve the ANC better and bolster its efforts in furthering good governance and fostering internal party relations.

"It's always important to never plaster over cracks. If you did that at home, your house would fall on you. You break and rebuild to strengthen your house."

"The ANC is not a sick organisation. We are healthy. We don't hide from our problems and bury our heads in the sand, we confront them," he said.

But whichever way Mantashe and the ANC as a whole chose to illustrate this, it still came across as a move to snuff out enemies of President Jacob Zuma within the ANC while remaining blind to other concerns within the party.

It also relayed a blatant directive to rid structures of the ANC of anyone who moved to unseat President Jacob Zuma as ANC leader at December's Mangaung elective conference.

Limpopo suffered under the rudderless leadership of Premier Cassel Mathale – both at party and provincial government level – but since Mangaung the youth of the ANC became model citizens.

Bid to oust Zuma
Once its bid to oust Zuma at the ANC's 53rd national elective conference failed, the youth league positioned itself as an ardent protector of both the president and the ruling party.

This was most evident when they accused First National Bank of treason over its recent You Can Help advertising campaign, claiming it was an attack on Zuma and the ANC.

Its acting president Ronald Lamola did everything but grovel to prove his organisation's worthiness, so the neutralisation of the youth league could be akin to a cowering individual being dragged from underneath their bed, pulled into the courtyard and shot in broad daylight.

An example of this apparent hypocrisy is the current state of the ANC in the North West.

The province's deputy chairperson, China Dodovu, is currently a suspect in a murder investigation after Oubuti Chika, secretary of the Kenneth Kaunda region was shot dead in what most believed was an assassination ahead of Mangaung.

The arrest of Dodovu – who was charged with conspiracy to commit murder – was a sign of entrenched problems within the province and was interpreted as a strategic move by North West provincial chairperson Supra Mahumapelo to silence the outspoken Dodovu.

Eventually, Zuma was announced as the province's preferred candidate for ANC president and it became easy to deduce that lack of action against these events resulted in the North West's backing of the incumbent at Mangaung.

Besides toyi-toyiing and making bold statements in front of TV cameras outside the Pretoria Magistrate's Court during the Oscar Pistorius trial and issuing haphazard press statements decrying gender-based violence, what has this organisation done to leave it above reproach?

The league is at best moribund and was only spared the fate of Limpopo and the youth league due to its unwavering support for Zuma in the run-up to Mangaung.

Some observed the survival of Basic Education Minister Angie Motshekga during the Limpopo textbook scandal to be solely down to her presidency of the women's league and Zuma's need for support at last December's elective conference.

The ANC's claim that moves on the youth league and its structures in Limpopo was an exercise to boost the organisation looks more like a feeble attempt to cover-up the party's heavy-handedness in dealing with those who did not support Zuma.

The fact that it came a little more than a week after Cosatu general secretary Zwelimzima Vavi was reported to be under attack for not openly supporting the president's second-term ambitions could serve as further proof that all those against Zuma during Mangaung are now in the firing line.

The candidates up for a spot on the guillotine next are most likely to be Minister of Human Settlements Tokyo Sexwale, Minister of Sport and Recreation Fikile Mbalula and North West Premier Thandi Modise, who all backed Deputy President Kgalema Motlanthe as the next ANC president.

In this edited extract from The Backroom Boy, an autobiography of the late Andrew Mokete Mlangeni by Mandla Mathebula, the ANC struggle stalwart meets Mao Tse-Tung while in military training in China
Read more
Editorial

Covid-19 has exposed how widespread corruption tore the heart out of our institutions, from parastatals to hospitals and infrastructure projects.
Read more
Coronavirus