“Isibaya” lives up to its hype 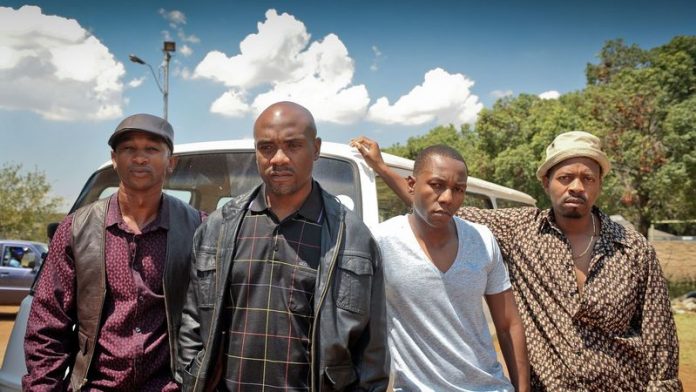 The first episode of Isibaya did not disappoint viewers, if comments on Twitter were anything to go by.

The Zulu drama series was produced by the acclaimed Bomb Shelter production house, known for work on shows such as Yizo Yizo, Zone 14 and more recently the South African Film and Television Award winning documentary, Sobukwe: A Great Soul.

Isibaya, which airs on Mzansi Magic, is set against the backdrop of South Africa's taxi industry and tells the story of the battle for wealth and power between the Zungus and the Ndlovus, two rival families that live in Thukela Valley.

The feud between the two powerful taxi families has gone on for generations. In the past, the two families battled over cattle but the taxi business has become the new hot commodity.

This, of course, is reflected in the title Isibaya, which means "the kraal" (where a herd of cattle and goats are kept), but is also a colloquial reference to a fleet of taxis and new wealth.

Isibaya is filled with beautiful scenes of the Thukela Valley and tells the story in a riveting way.

The show has violence, love, scandal and betrayal portrayed by a cast that consists of Siyabonga Twala, who plays Mpiyakhe, the head of the Zungu household. The leading lady, Mpiyakhe's third wife, is Iris Zungu, played by Mampho Brescia.

"We hope to bring viewers a programme they will enjoy, a world full of drama, colourful characters, vicious battles over taxi routes and tenders for new highways, and the lure of big money to be made”, said Desiree Markgraaff, managing director at Bomb Shelter productions.

"Our mission at Mzansi Magic is to tell captivating, authentic local stories. The telenovela format is an excellent vehicle for such narratives. We trust that Isibaya will be a big hit amongst our audiences and that each new telenovela will raise the bar in terms of local storytelling,” said Yolisa Phahle, channel director of M-Net’s local interest channels.

Nicknamed “Louis Luyt”, Moloi was a self-made millionaire, former gangster, self-confessed thug, actor and musician, witnessing the birth and baptism of mbaqanga music. He died in 1998.

If the show is half as fascinating as its inspiration then Isibaya is guaranteed to be a success.

Isibaya will be broadcast Mondays to Thursdays on Mzansi Magic (Channel 161) at 20:30.