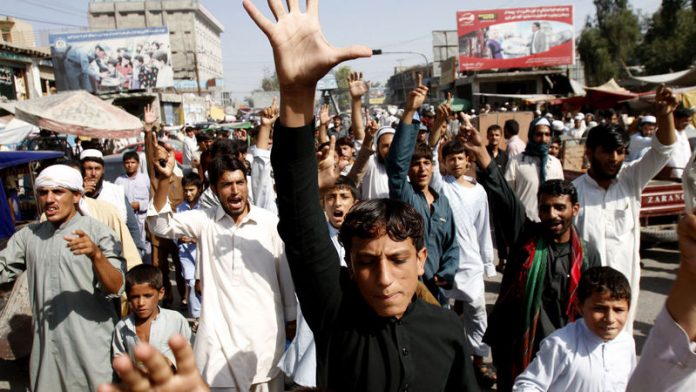 Film-makers in Iran and Qatar are planning rival biopics about the life of Muslim Prophet Muhammad, according to the Hollywood Reporter, despite the risk of offending religious sensibilities that such plans inevitably throw up.

Oil-rich Qatar recently announced a series of epics designed for a worldwide audience about the seventh-century prophet of Islam. Production company Alnoor Holdings has hired Lord of the Rings producer Barrie Osborne and Sunni Islam scholar and al Jazeera broadcaster Yusuf al-Qaradawi to provide advice on what could be a $1-billion project. "They certainly have the money to do it," Osborne told the Hollywood Reporter, adding: "They are being understandably very cautious."

Meanwhile, Iranian director Majid Majidi (The Song of Sparrows, Children of Heaven) began shooting a rival $30-million Muhammad film in October. In keeping with Shi'ite-dominated Iran's more liberal attitude to depictions of the prophet, he plans to show Muhammad on screen, though not his face. Qatar is largely Sunni, which sees all renderings of the prophet as blasphemous, so Muhammad would be unlikely to appear in the Alnoor Holdings film.

Perhaps the best-known film about the life of Muhammad is The Message, a 1977 film by Halloween producer Moustapha Akkad; described as the story of Islam, it was ultimately financed by Libyan dictator Muammar Gaddafi after Hollywood refused to fund it. Starring Anthony Quinn and Irene Papas, the film avoided any depiction of Muhammad on screen. Scenes were occasionally shown from the prophet's perspective but he was not seen and his voice was not heard. Even so, the film drew anger from Muslims who had heard a rumour that Quinn was playing Muhammad. In March 1977, the film was named as a grievance (among others) by an armed group who took 149 hostages and killed a radio journalist and a police officer during a standoff in Washington DC.

The issue is a sensitive one. Protests erupted across the Muslim world in September after clips from a US-made film depicting Muhammad appeared on YouTube.

Innocence of Muslims caused anger for its depiction of the prophet as a womaniser and paedophile, but also upset worshippers who believe that it is blasphemous to depict him on screen. The LA Times reported last year that two further US-based film-makers were planning anti-Muslim projects, though neither has yet emerged. – © Guardian News and Media 2013