Opinion: On taxis and taxi drivers 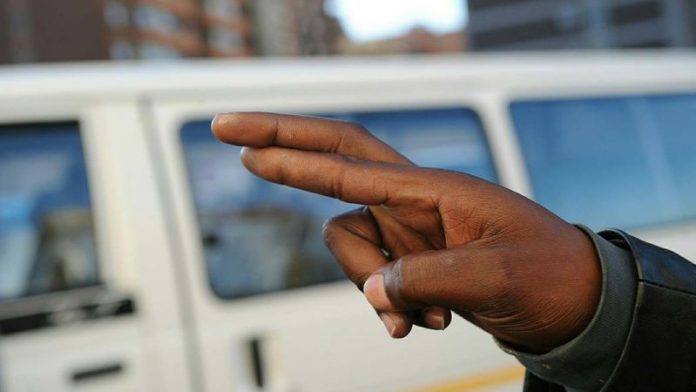 Taxi drivers are special lot, bless them. Their cavalier disdain of road rules and inconsiderate treatment of fellow motorists is legend. They are essentially a law unto themselves, so much so that much of the government’s attempts at controlling their industry with promises of public transport reforms have landed on deaf ears. Violent skirmishes between the police and taxi drivers have not helped the situation.

The incident that led to the death of Mozambique-born taxi driver Emido Macia at the hands of the police still lingers and recently, a taxi driver stabbed a police officer, who then shot him in the chest in Klerksdorp, North West. It seems that violence is something the average South African cannot go a day without hearing or reading. Let me not speak about the violence that has South Africa under siege, there are enough people to do that. I’d like to instead speak about the joys (read "horrors") of taking a taxi ride, surviving it and the possible reasons for the type of madness that often characterises taxi drivers on our roads.

The dangers of riding a taxi are manifold. I still remember to this day, the one time during my undergrad days, when I thought I had scored the best seat in the taxi. I was sitting in the front row with the driver but not in the middle seat that designates you as the money collector and change distributor for the duration of the journey.

The window was open and a welcomed cool breeze wafted through at the end of another drag of a university day. The taxi rattled along in unroadworthy defiance but, as is usually the case, we passengers were but mere beggars unable to afford the luxury of choice and so, we bore the discomfort of the tattered taxi.

Suddenly I almost found myself flying out of the taxi. My prized front seat of leisure illustrated just how perilous a simple journey home can be at times. As the taxi manoeuvred around the traffic circle just outside the Loftus stadium, the door became unhinged and swung wide open as if kicked. It just so happens that I was holding on to the handle at the top of the door frame and the taxi was fortunately moving at a steady pace.

The rest of the passengers gasped, the taxi driver slowed down and pulled over to the side of the road. He jumped out from his side of the taxi and swiftly moved around to my side, doing a quick inspection of the door. He took hold of its handle, told me to shift in and slammed it shut. I don’t remember him apologising or even asking if I was fine but his face remained defiantly stoic as if he was actually irritated by the fact that he had to pull over. Within minutes we drove off.

Nothing much has changed since those days. Taxis still do as they please, whether you are in their passenger seat or the driving seat of your own vehicle. You can only look on in bewilderment as a taxi comes to a dead halt even though the traffic light is green or there is car behind it. A friend once ventured a radical thought as to why taxi drivers do what they do – drive recklessly and give little or no consideration to their customers.

He said they function under an enormous pressure of having to meet daily financial targets as set by their bosses. In a funny way, he made it sound like the exact process of being an accounting graduate clerking in an auditing firm where you have to clock in your hours as proof of your productivity levels. I can understand the logic of this; some of the taxi drivers I had conversations with said they are in rush not because they feel like speeding but because the more trips they make in a day, the more money they can pull especially for themselves.

However, I think there is another influencing factor in the manner that taxi drivers operate: government is too afraid to impose laws upon them and their associations. When they do try, it is often in a completely confrontational manner resulting in their backing down and no solution to be had. There is certainly no reason why taxi drivers are or should be exempt from exercising basic professionalism – they offer a service and are part of a system as opposed to being a system unto themselves. If government can’t figure this out and get it right then they should realise that a functioning South African public transport system will remain a pipe dream for a long time.