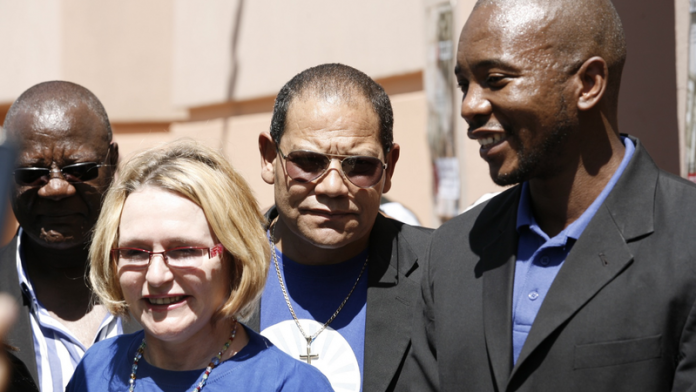 "I can only hope that while commemorating the events that took place over 50 years ago … President Zuma will recognise the importance of moving beyond party politics and doing everything possible to protect citizens from police brutality and the abuse of power," the Democratic Alliance leader said in Sharpeville, according to a copy of her speech.

She urged Zuma to establish a judicial commission of inquiry into policing countrywide, to protect and uphold the rights the 69 victims of the Sharpeville massacre had fought for.

On March 2 1960 at least 180 black South Africans were injured and 69 killed when police opened fire on around 300 demonstrators protesting against the pass laws, in the township of Sharpeville.

The pass laws restricted the movement of non-whites, who were required to carry pass books with them when outside their homelands or designated areas. Failure to produce a pass often resulted in the person being arrested.

Zille said the Bill of Rights provided that everyone had a right to freedom and security. The Constitution also required police to protect and secure citizens.

"It is therefore tragic that we now face an equally serious problem of increasing incidents of police brutality across our country," she said.

"Many have compared the Marikana tragedy last August, where 34 protesters were shot dead by the police, to what happened here 53 years ago."

Zille referred to the recent death of taxi driver Emido Macia in police custody in Daveyton, and the dragging of a court interpreter alongside a police van in the North West.

'Losing faith in the police'
"But these cases represent only a handful of the hundreds of citizens who are killed each year at the hands of the police," Zille said.

"In 2011/2012, the Independent Police Investigative Directorate received 4 923 [complaints] against the South African Police Service. Of these, 720 were deaths."

Such actions had led to people losing faith in the police, Zille said.

"This is why the Democratic Alliance has called on President Zuma to establish a judicial commission of inquiry into pervasive police brutality."

In her capacity as Western Cape Premier Zille had established a commission of inquiry into allegations of police inefficiency in Khayelitsha, and of a breakdown in relations between residents of the area and police.