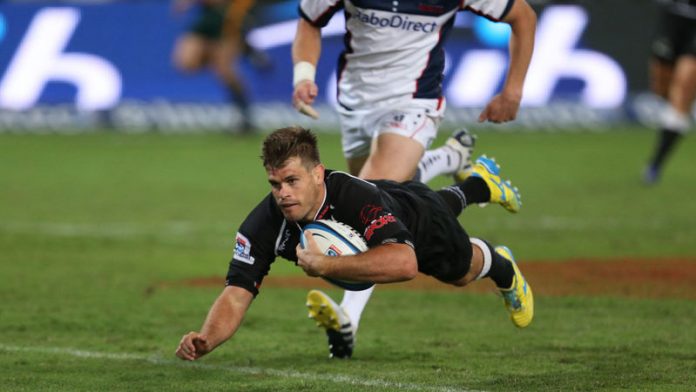 The home side ran in a record 10 tries as the Rebels disintegrated in the second half to suffer their heaviest defeat in the competition.

The Sharks had managed just three tries in their previous four matches in Super Rugby this season but found the going easy against a hapless Rebels side who was out-muscled in the forwards and out-run in the backs.

Coach John Plumtree was livid with his team's insipid display in their loss to the Brumbies last weekend and made seven changes for the visit of the Rebels. He got the response he had sought.

The home side led 24-0 at the break, with the blustery conditions making kicking difficult.

Two of the first half tries came from pure muscle though as loose-forwards Marcell Coetzee and Jacques Botes both mauled the ball over the line.

Fullback Louis Ludik had opened the scoring as he went over in the corner as the Sharks stretched the Rebels defence, while the fourth try in the first half came when Keegan Daniel just about managed to get the ball over the line from close quarters. It was one-way traffic in the second half as the Sharks ran in six more tries.

Hooker Kyle Cooper spotted a gap in the Rebels defence and ran the ball home from 20-metres out before scrumhalf Cobus Reinach intercepted a wild Scott Higginbotham flick to sprint home from the halfway line.

Tendai Mtawarira scored his first Super Rugby try when he barged over the line and substitute loose forward Ryan Kankowski dazzled the Rebels defence with his line of running to canter in unopposed.

Daniel set Ludik in for his second, before Riaan Viljoen, who was on the pitch for Pat Lambie at flyhalf, added the 10th try.

The Rebels did get a consolation through Higginbotham, but it will have done little to lift the mood of coach Damien Hill. The Sharks' previous biggest Super Rugby victory was a 53-11 win over the Western Force last season. – Reuters.