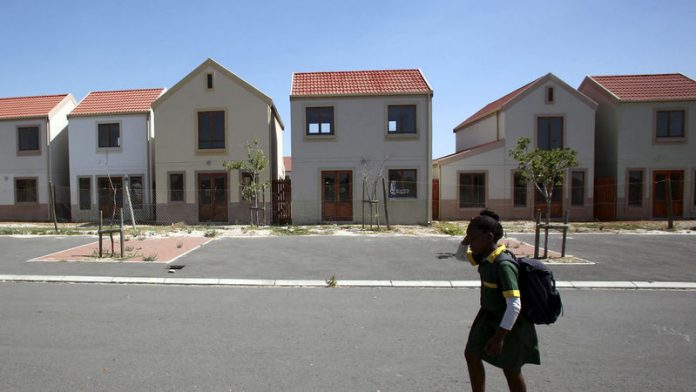 "From April 2009 to March 31 2013 … a total of 94 228 sites and houses, will have been delivered, at a cost of R5.12-billion," provincial minister Bonginkosi Madikizela said at the provincial budget vote in Cape Town on Monday.

Around R2.1-billion was budgeted for the new financial year, starting in April. This was made up of a grant allocation of R1.94-billion and an operational budget of around R150-million. Madikizela said the focus of the budget was on the poorest of citizens.

"The provision of housing solutions gives them a hand up so they can become part of the 'whole-of-society', becoming contributors to both their own success, and that of greater society," he said.

One of the ways to help the poor was to formalise backyard shacks by upgrading existing informal settlements. Another was to provide affordable housing through market mechanisms and densifying suburbs.

Madikizela said an area which had long been overlooked was the issue of farmworker housing. Many farmworkers had not registered to benefit from housing projects.

"The department is strongly encouraging municipalities to go on special registration drives in its farm areas," he said.

"The new minimum wage for farmworkers will put many farmworker households over the R3 500 income level limit for the subsidy," Madikizela said.

The department would be working closely with various bodies in the sector to find a solution.

"The aim is to develop a set of viable and useful on- or near-farm accommodation options for typical Western Cape rural situations."

The provincial minister identified another challenge preventing housing delivery to the poor, namely community conflict. He said major housing projects often had to be repeatedly stopped.

"Local leaders and steering committees often use the projects to try to force the department to accommodate their agendas, which range from political agendas, to the promotion of self-interest through accessing work or business opportunities, to local forms of nepotism through trying to influence housing lists.

"Unfortunately, it is the people who most need houses who suffer as they have to wait longer for their housing opportunities."

The department had set up units to deal with potential conflict before it arose and to assign extra security where needed. – Sapa

Eviction spike as the lockdown relaxes

The province has reported a drop in new infections, especially in densely populated areas such as Khayelitsha, Mitchells Plain, Gugulethu, Nyanga and Manenberg.
Read more
Politics

Umgeni Water’s board in KwaZulu-Natal was appointed irregularly by her predecessor, the water and sanitation minister claims
Read more
Advertising
Continue to the category
Politics