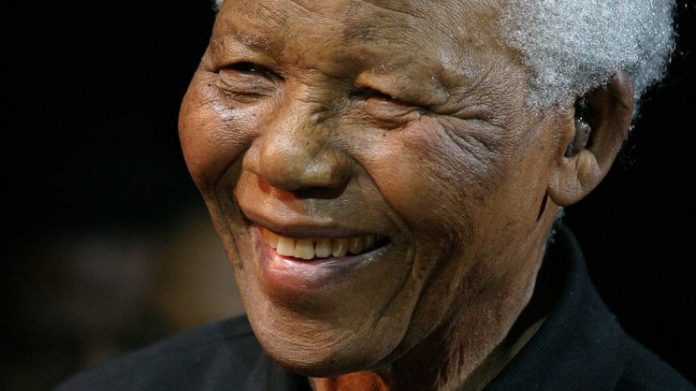 "The doctors advise that former president Nelson Mandela is responding positively to the treatment he is undergoing for a recurring lung infection," presidential spokesperson Mac Maharaj said in a statement on Thursday.

"He remains under treatment and observation in hospital."

Earlier, Maharaj said Mandela was conscious when he was taken to an undisclosed hospital just before midnight on Wednesday. He said that given Mandela's age and medical history, doctors had acted with the greatest caution and responsibility, and had decided to send him to hospital.

"He is receiving treatment to deal with the infection and to keep him comfortable." Maharaj said infections spread rapidly. Asked if this was the case with Mandela, he answered: "They always do."

On Thursday afternoon, journalists set up cameras outside 1 Military Hospital in Pretoria anticipating that Mandela might have been admitted there. Soldiers manned the gate and turned away media cars trying to enter the hospital.

Earlier this month, Mandela was admitted to a Pretoria hospital for a scheduled check-up relating to a long-standing abdominal complaint. He was discharged the following day.

In February, he was admitted to hospital with a stomach ailment. In December, Mandela spent 18 days in hospital during which he underwent an operation to remove gallstones and received treatment for his recurring lung infection.

Before that Mandela was last was taken to hospital in January 2011, when he was admitted to Milpark Hospital for routine tests relating to respiratory problems.

Mandela's last major public appearance was in July 2010, at the final of the Fifa World Cup at Soccer City in Johannesburg.

Since then he has spent his time between Johannesburg and his ancestral village of Qunu in the Eastern Cape.

South Africa's first black president has a long history of lung problems, dating back to the time when he was a political prisoner on Robben Island during apartheid. While in jail he contracted tuberculosis. – Sapa