Oscar Pistorius back in court to challenge bail conditions 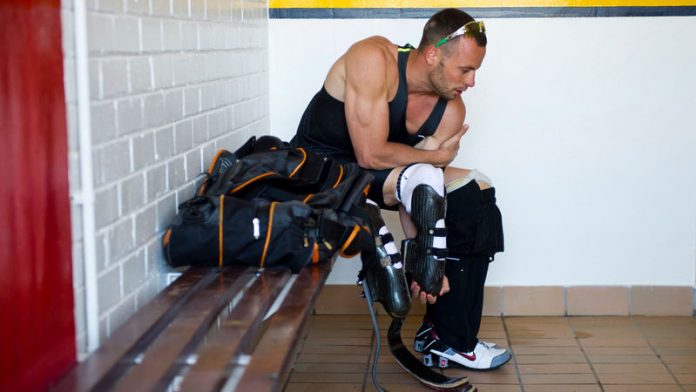 Pistorius was arrested on February 14 after he shot dead his girlfriend Reeva Steenkamp in his Pretoria home.

During the lengthy original bail application he said he fired the four shots into the bathroom thinking there was an intruder behind the door. He was horrified to discover it was Steenkamp, who was spending the night.

In contrast to the frenzy of his first appearances, on Thursday the court was markedly quieter, after Pistorius's lawyer Kenny Oldwage said he was not required to attend proceedings.

According to court papers, Pistorius is appealing the imposition of conditions on February 22 by magistrate Desmond Nair, that relate to whether he is a flight risk.

Oldwage believes that because Nair said Pistorius was not a flight risk, the condition should have been that he surrender his documents and that he may only leave South Africa with the written consent of the investigating officer, which cannot be "unreasonably withheld", and that he show a return ticket.

He is challenging condition 3(h), in terms of which he must submit himself to the supervision of a probation officer and a correctional officer until the date of his release.

Challenges
According to court papers there is no basis in law warranting this condition and it is inconsistent with the court's finding that he is not a flight risk.

He is challenging condition 3(i), that he may not be charged with an offence relating to violence against women and brought before court on such a charge before the end of his case.

According to the papers there are no facts before the court to support such a condition, and that the transgression is that he merely be charged, irrespective of being convicted or acquitted.

Condition 3(j), relating to Pistorius not being allowed to use any prohibited substance or alcohol, is also being challenged.

Pistorius's attorneys submit that although he has no desire to use either, the condition is not warranted, or supported by facts. The charge against Pistorius also has no relevance to substance or alcohol use or abuse.

Pistorius also wants clarity on whether he is allowed to live at his home at the Silverwoods Country Estate, where Steenkamp was shot, or contact anyone there.

These conditions are not in the signed court order of the bail conditions. His attorney submits a reasonable time limit must be imposed on the state to conclude its investigations there, so Pistorius can have the right to occupy or access his own property.

Unfair conditions
Pistorius intends arguing that a blanket ban on speaking to people at the estate is unfair and will infringe his right to a fair trial, as he is entitled to consult with people there for his own defence. He wants the state to provide him, within 30 days, a list of state witnesses at Silverwoods.

He is challenging the requirement that he report to the Brooklyn police station twice a week, saying this only serves to expose him, with no added benefit, to the criminal justice system.

"The conditions appealed against are unwarranted and are not substantiated by the facts," the application reads. – Sapa