The three things that CAR taught us 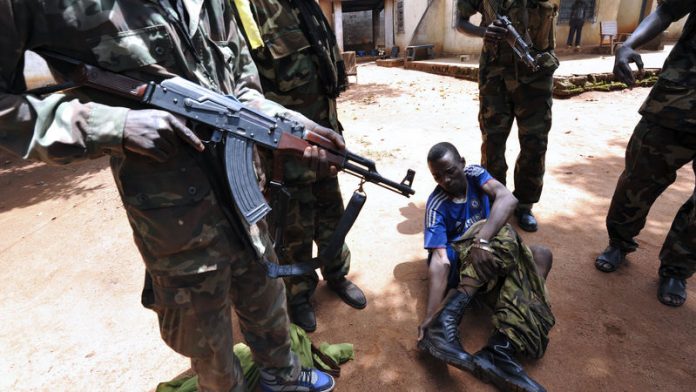 There is a lot of finger-pointing and many questions around why the hell we were there in the first place. Before larger allegations of uranium and oil deals emerge between South Africa, CAR, France, and god knows who else, we should take stock of three important points that can be learned regardless of how the forthcoming weeks proceed.

Our soldiers fought well
There is a longstanding misconception that our soldiers cannot fight: that they’re all HIV-positive layabouts incapable of doing any actual soldiering. Naturally this might be true for certain portions of the military, as it would be for virtually any defence force around the world, but Saturday’s fire fight proved, above everything else, that our soldiers are not only capable of defending themselves, they are able to fight back with a tempo that rivals most international forces of the same calibre.

That 200 paratroopers and Special Forces troops faced off against 3 000 advancing rebels, according to the chief of the SANDF, General Solly Shoke, on a 1km-wide front is no laughing matter. That our soldiers were able to hold their ground against a numerically-superior force armed with large-calibre machine guns, mortars, rocket-propelled grenades, and all other manner of weapons, is an impressive feat. That we were able to inflict an estimated 500 casualties on the enemy is an excellent outcome. The loss of 13 SANDF soldiers is tragic, but those lives were not given easily.

No matter what criticism is levelled at higher command, the South African government, the media, or any other outlet, the South Africans fighting for their lives this past weekend fought bravely and fought well, and that should put to rest any questions on the ability of our elite soldiers. Allegations and rumours of a hurried and panicked retreat in the face of the rebels are by all official and credible accounts false. Our soldiers did not cut and run when the bullets started to fly, but rather held their ground, returned fire, coordinated mortar strikes (according to the SANDF), organised their lines, and ultimately fought like one would expect a well-trained and disciplined force to. Amid the cloud of allegations hanging over the state, that our soldiers fought well must remain a paramount fact.

The military learned a big lesson relatively cheaply
Although the 13 casualties represent the largest loss of South African soldiers’ lives since the border war, the military will emerge from this having learnt several major lessons. Yes, the casualties are tragic, but the reality that sending lightly-armed and poorly-supported troops into volatile countries with zero heavy weapons or support is a bad idea has become obvious without the loss of hundreds of troops. In war, lessons are generally learned at the expense of lost lives, but in the CAR the loss was comparatively minor.

What is crucial now is for the SANDF to take a long hard look at its deployments and make an honest assessment of the equipment and support needed. Up until now the SANDF’s operations abroad have gone smoothly, with only minor skirmishes or ambushes – in the case of the late 2012 African Union/UN Hybrid operation in Darfur (UNAMID) fire fight – to concern commanders. This was a false sense of security. What happened in the CAR can happen in Sudan, and it has happened elsewhere in the DRC, both places where we have troops on deployment, and of a lesser quality than our paratroopers and Special Forces. In all these deployments our troops are armed with their personal weapons, light mortars, thin-skinned vehicles or at best an armoured Casspir, and with zero additional support. This is a recipe for future disaster, and it materialised in the CAR as a nightmare. Yes, our soldiers fought well, but they should never have been placed in that situation in the first place.

The reality is that the SANDF has been stripped to the bone in budgetary terms. With year-on-year spending at about 1.2% of GDP, the SANDF has virtually no money to send the support our soldiers need on deployment. The cost of medium and strategic airlift capability, newer infantry combat vehicles, sending artillery on deployment, and better logistics vehicles is high, but is necessary if the South African government wishes to continue demanding similar deployments.

Current budget levels are set according to a 15-year-old Defence Review document which explicitly states the expectation that South Africa will not send its soldiers abroad. That document has been replaced with a 2012 version, which envisions a two-division military, well-armed and equipped to handle deployments abroad in whatever capacity required. The only problem? It assumed that the budget would be increased to match the revised vision (to anywhere from 1.5-2% of GDP), based on promises from the former minister of defence, Lindiwe Sisulu. This has not happened, and our soldiers must pay for the government’s thriftiness in blood.

The lack of heavy weapons support for our soldiers in the CAR is criminally short-sighted. A single Rooivalk attack helicopter, for example, would have made a dramatic difference in the battle. Its ability to not only identify rebel movements from the air and provide surveillance, but to fire directly on strong-points of enemy forces with high-calibre precision weapons would have resulted in many more lives saved. The SANDF has a Rooivalk Squadron, tucked safely away within its borders. The cost of sending them to the CAR would be large, but it would also quite literally have made the difference between life and death for some of our soldiers fighting on the ground.

Assuming a large rebel force, hardened from years of fighting in the CAR, Sudan and Chad, would not sweep right past checkpoint PK12 is either criminally stupid or reflective of the hubris we have cultivated from years of low-casualty deployments abroad. Regardless, the SANDF is being tasked with performing serious military operations abroad but has not been given adequate funding to do so.

A common criticism of large defence spending is “who are we defending against?” The CAR, DRC and Sudan are on-going reminders that our responsibilities as African peacemakers do not stop at our borders. Regardless of the motive for deployment, our soldiers ought to have all the required equipment and tools at their disposal. Failing this, we are going to continue to experience incidents like last Saturday’s battle.

South Africa needs a foreign policy – yesterday
Monday morning’s television started with the department of international relations and co-operation’s minister prattling on about the importance of Brics partnerships and economic togetherness. What she should have been doing was explaining to South African viewers just why on earth we don’t have a codified, legislated foreign policy. The lack of a clear foreign policy means that deployments such as the one to the CAR could either be justified under its banner, or criticised heavily because it contradicts it. Instead we employ a haphazard, scatter-gun approach that invokes our national interest when convenient, and simply ignores it when it’s not.

The inability to articulate our goals for Africa overall, means that deploying troops to far-flung central African countries to be shot at by rebels is never going to be resisted wholeheartedly. That we have nothing like a foreign policy is ridiculous, but that its absence results in the deployment of our soldiers on ill-conceived missions abroad borders on criminal. – Daily Maverick

John Stupart is the editor and founder of Africanscene.co.za and holds a Masters in International Relations from Wits University. He writes a lot about piracy (the maritime kind), post-conflict peace-things, and general defence-related affairs. John also works for a monthly defence magazine in Johannesburg.