Chiefs rise above with win over Celtic 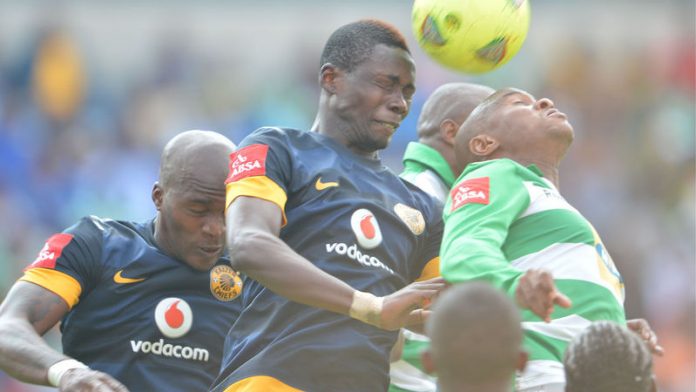 Chiefs goals came from Kingston Nkatha in the first half with Simphiwe Tshabalala and substitute Josta Dladla scoring a goal each in the second half at Free State Stadium in Bloemfontein.

The result was pleasing to Chiefs coach Stuart Baxter, who is determined to lead his lads to a league title.

Amakhosi were businesslike from the onset, firing from all angles in search of a goal to unsettle the hosts Phunya Selesele.

The two rivals huffed and puffed for the better part of the first half with Chiefs looking to extend the lead and Celtic to level matters.

The second stanza lived up to the expectation with both teams strong in attack.

Celtic had two golden chances saved by Chiefs keeper Khune, who parried Lely Lekay's free-kick in the first stanza and the other in the second segment.

Dladla came off the bench late in the game to seal the win for Chiefs after he banged in the final goal of the match, to make it 3-0.

Maritzburg too good for Chippa
Meanwhile, Maritzburg United scored two goals in the space of two minutes to gain a 2-0 win over Chippa United at the Harry Gwala Stadium in Pietermaritzburg on Sunday afternoon.

The goals scored by Terrance Mandaza and Cuthbert Malajila helped United climb to seventh on the Absa Premiership table.

After Delron Buckley struck the upright during an entertaining first half, the hosts finally broke the deadlock in the 76th minute when Mandaza stroked home from a Rheece Evans cross.

Less than 60 seconds later fellow Zimbabwean Malajila swept home a move he started and clinched a hard-fought, but deserved three points for the Team of Choice against the league's bottom side.

At the start, Welcome Qalanto had the first chance of what was an enthralling opening quarter when he combined nicely with Andile Mbenyane on the edge of the box, before dragging his shot wide after four minutes.

Moments later two veterans in Dillon Sheppard and Buckley left the Chippa defence stranded as the former pushed threaded in the latter, who had time and space only to wastefully fire low against the right upright.

Qalanto was again at the heart of a strong attack from the Capetonians when he beat the off-side trap on the right and slid the ball across the face of goal where Mxolisi Ntshingila was too late to react as the ball skidded cross-field for a throw-in.

Sheppard was then forced to show his defensive skill after Brent Carelse neatly flicked on from a Mbenyane corner with the ball cleared on the line by the Maritzburg winger.

Midway through the half, Shuaib Walters had to be at his best to acrobatically deny a powerful point-blank header from Qalanto after Mbenyane broke down the left and crossed inch perfectly into the six-yard area.

Before the break, Malajila and Heinrich Isaacks wastefully belted over from decent positions, while a Buckley free-kick from the right forced Tashirique Goldman to rush out and punch clear.

It was goalless at the break and after the restart, Carelse opted to hold on to the ball rather than pass, and after beating one man, saw his shot turned away for a corner by Walters.

It was then Goldman's turn to make a telling contribution and the Chippa goalkeeper did not disappoint when he superbly turned over a 20-yard Sheppard free-kick that was arrowing into the top corner.

Qalanto then had Chippa's best moment of the half when he collected a long ball on the edge of the box and shot centimetres over with Walters beaten.

And the visitors were made to pay for that miss as United then hit them with a 120 second double.

First Malajila cleverly dummied a low pass from the right by Evans allowing Mandaza to tap in, before the former started a move on the right, played a one-two with the latter and collected again for another simple finish.

Qalanto should have at least claimed a consolation before the end when he pushed wide after controlling well in the area as Maritzburg eased to victory. – Sapa