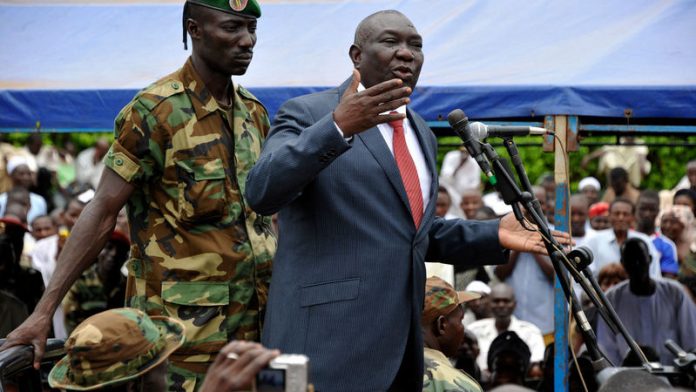 "Using child soldiers to conduct acts of war and aggression is a violation of human rights and an international act of criminality," he said.

"The South African government has a legal duty to enforce international human rights law. It can best do so by initiating the indictment of Djotodia through the ICC."

He said failing to do so would constitute a tacit but gross condonation of human rights violations and criminal conduct of a warlord abusing children as soldiers.

Earlier on Sunday, local newspaper reported South African soldiers who survived last week's rebel takeover of the CAR were traumatised after discovering that some of the rebels killed were child soldiers.

'It makes you sick'
In what was South Africa's heaviest military loss since apartheid, 13 soldiers were killed last weekend in Bangui in clashes with Seleka rebels who toppled president François Bozizé.

Around 200 South African troops fought against about 3 000 rebels during the battle for the CAR capital that lasted several hours.

Some of survivors who returned home recounted to local newspapers that they only discovered after the battle that they fought against some teenage rebel soldiers.

"It was only after the firing had stopped that we saw we had killed kids. We did not come here for this … to kill kids. It makes you sick. They were crying calling for help … calling for [their] moms," a paratrooper told the Sunday Times.

President Jacob Zuma in January had approved the deployment of 400 soldiers to the Central African Republic to help local troops. as part of a bilateral pact with the administration of now deposed Bozizé. In the end about 200 soldiers were sent.

'Only children'
Some of the Central African Republic rebels were "teenagers who should be in school," the soldier told the paper.

In the City Press a soldier was quoted saying many of the rebels were "only children".

The two papers also quoted the soldiers saying the South Africa's troops in the CAR were running out of ammunition.

The government now faces increasing calls at home for a probe into why troops were sent to the Central African country.

Zuma is due to attend a summit of the Economic Community of Central African States on Wednesday to be hosted by the Chad's leader Idriss Déby Itno. – Sapa