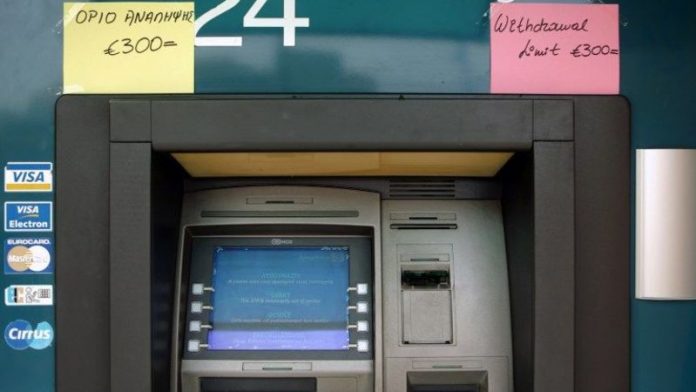 The country slashed its dominant banking sector and hit depositors with losses.

Michael Sarris, a lead player in talks with International Monetary Fund and European Union lenders, said he had completed his task but also that he was likely to come under scrutiny in an investigation into the crisis.

It is repayable over a 12-year period after a grace period of a decade. "This is a very important development which ends a very long period of uncertainty," said Christos Stylianides, Cyprus's government spokesperson.

Sarris said he expected the first disbursement of aid in May. Compared with a previous draft deal with lenders brokered in November, Tuesday's agreement gave authorities additional room to reach a primary surplus by 2018, longer than an initial 2016, Stylianides said.

Cyprus's status as a financial hub, meanwhile, has all but crumbled in the space of a fortnight. Authorities were forced to wind down one bank and impose heavy losses on wealthier depositors in a second in return for the financial aid.

When banks reopened after a two-week lockdown last week, Cypriots were faced with currency controls to prevent a run on banks, unprecedented in the history of the 17-member eurozone. In the event, there was no run.

Probe for possible oversights
Conservative President Nicos Anastasiades, in the job for a little over a month, appointed judges on Tuesday to investigate possible political and regulatory failures in the island's economic demise, as well as the role of banks.

Sarris, who was dispatched to Moscow last month but returned empty-handed as Cyprus sought Russian aid after Parliament rejected a European bank levy proposal, said his main goal of agreeing a deal with lenders had been accomplished.

But he said it was also appropriate to resign since his previous role as chairperson of the Popular Bank, or Laiki, – the island's second largest lender wound down under terms of the bailout – was also likely to come under scrutiny.

"I believe that in order to facilitate the work of [investigators] the right thing would be to place my resignation at the disposal of the president of the republic, which I did," said Sarris, who headed Popular for a few months in 2012.

Sarris will be replaced with Harris Georgiades, who has held the labour ministry post in Anastasiades's four-week administration.

That government was severely criticised for passing the buck onto the incumbent conservatives knowing full well they could not win general elections held last February. "Unquestionably, the deal with the Troika should have been completed earlier," said Stylianides, the spokesperson.

Capital controls
Cyprus earlier announced a partial relaxation of currency controls, raising the ceiling for financial transactions that do not require central bank approval, but keeping most other restrictions in place.

Before resigning, Sarris said it was not clear when the remaining capital controls would be lifted.

"We would want to ease restrictions the soonest possible, but also have to ensure that stability [in the banking system] prevails," he said.

The island introduced curbs on money movements when banks reopened on March 28. A finance ministry decree on Tuesday, the third since controls were first introduced, raised the ceiling on transactions which do not require central bank approval to €25 000 from €5 000.

It also permits the use of cheques worth up to €9 000 per month.

Other restrictions introduced last week, including a €300 per day cash withdrawal limit and a €1 000 limit on the amount travellers can take overseas, remain in place.

The decree – signed by Sarris and dated April 2 – is valid for two days. Cypriot officials have said it could take up to a month for restrictions to be fully removed.

Cyprus last week agreed to break up its No 2 lender Popular Bank, kept on an ECB liquidity lifeline for months, into a "good" and a "bad" bank.

The bank's "good" assets will be transferred to Bank of Cyprus, where depositors have been forced into accepting massive losses on uninsured deposits of more than €100 000.

In a deal brokered early on Tuesday morning, it was also agreed that a small portion of the remaining 40% in uninsured deposits effectively frozen under the arrangement, 10%, be unblocked. – Reuters

Britain fights for control of its last African colony