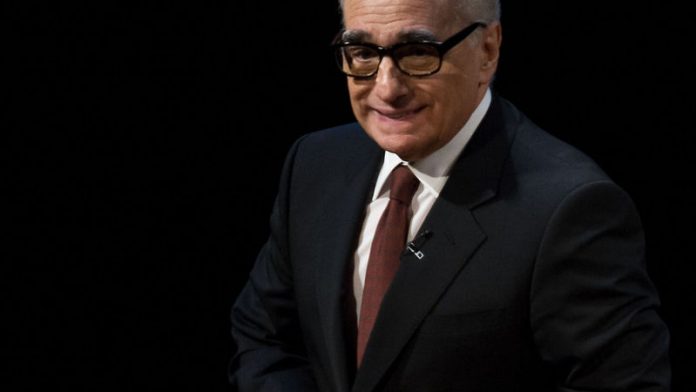 Scorsese appealed for a greater national commitment to film restoration and preservation when he delivered the annual Jefferson humanities lecture at the John F Kennedy Centre for the Performing Arts in Washington.

Like never before, people today are buffeted by images, said the 70-year-old Oscar-winning director of such acclaimed motion pictures as The Departed, Raging Bull, Goodfellas, Taxi Driver and, most recently, Hugo.

"That's why I believe we need to stress visual literacy in schools," said Scorsese, the first filmmaker ever to deliver the Jefferson address since it was launched in 1972 by the federally funded National Endowment for the Humanities.

"Young people need to understand that not all images are out there to be consumed like, you know, fast food and then forgotten," he said.

Thanks in part to digitisation, the Film Foundation – a non-profit he founded in 1990 – has helped to save more than 500 fragile old films that otherwise would have been lost to decomposition.

"Today we have some really wonderful tools," said Scorsese, who last week announced plans with Hollywood studio Miramax to make a television version of his Oscar-nominated 2002 film Gangs of New York.

But to fully comprehend the language of moving images, it is essential to "preserve everything" from blockbusters to home movies by way of films that may not look like works of art on first showing, he said.

To prove his point, Scorsese screened a clip from Vertigo – hailed today as a work of genius, but at the time of its release in 1958 regarded as just another in a string of crowd-pleasing Alfred Hitchcock psycho-thrillers.

"It came very very close to being lost to us," he said, adding that over time, viewers can identify and appreciate elements in a film that might not be evident upon its initial release.

'Take pride in our cinema'
Scorsese also unspooled portions of painstakingly restored 1958 British ballet film The Red Shoes – a seven-year effort in which he was closely involved – and a long-forgotten black-and-white Thomas Edison movie from 1894 of two boxing cats that foretold today's cult obsession with YouTube cat videos.

"It's a big responsibility, and we need to say to ourselves that the time has come" to look beyond weekend box office numbers and start caring for films as if they were "the oldest book in the Library of Congress", he said. – AFP

Dylan pulls off another put-on

Morph your cucumber and win some gin