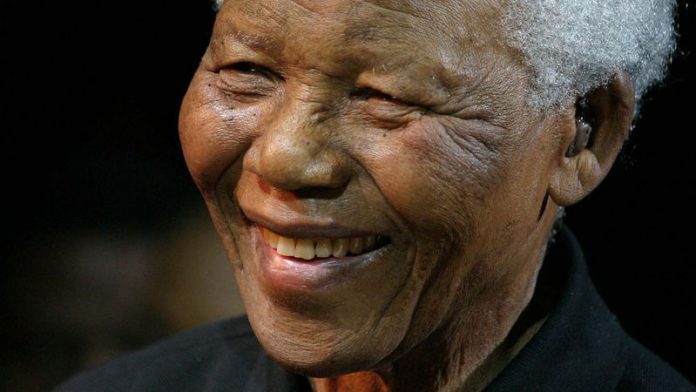 "Former president Mandela is still in hospital where he is receiving treatment for pneumonia," Maharaj said on Tuesday.

He has also had visits from family and friends.

Maharaj told the public previously that Mandela had the water on his lungs drained, helping him breathe after his chest problems flared up again.

Mandela was admitted to an undisclosed hospital just before midnight on Wednesday.

The presidency on Sunday released a statement that Mandela's condition improved and he will continue to receive treatment in hospital.

"The presidency has been advised by the doctors that former president Nelson Mandela had a restful day and continues to receive treatment," Maharaj said in a statement on Sunday.

"Government is satisfied that the doctors are providing the former president with the best medical care possible to enable his recovery and comfort."

At the time Maharaj added that President Jacob Zuma thanked the many South Africans who prayed for Madiba at various Easter church services over the weekend.

Lung infection treatment
In December last year the elder statesman spent 18 days in a Pretoria hospital for an operation to remove gallstones and for treatment for his lung infection.

South Africa's first black president, and the country's first democratically elected, has a long history of lung problems dating back to the time when he contracted tuberculosis while a political prisoner on Robben Island during apartheid.

Meanwhile, well-wishers have taken to leaving garden stones inscribed with inspirational and get well messages outside his home in Houghton, Johannesburg.

"Get well we love you" and "I wish you many more b-days to come" were among the messages left for Mandela.

The Congress of SA Trade Unions (Cosatu) also joined the rest of the country and the world in wishing Mandela a speedy recovery.

"Madiba has always been an invariable encouragement, through apartheid, jail and exile, the mass uprisings of the Eighties, negotiations, and the days of liberation and reconstruction," spokesperson Vusumuzi Bhengu said in a statement.

"He remains a valuable asset and a yardstick of what leadership should be, not only to the country, but to the entire universe."

Cosatu wished Madiba a speedy recovery and said the medical team treating him was assured of the trade federation's support.  – Sapa