Central African Republic: Have our leaders learned their lesson? 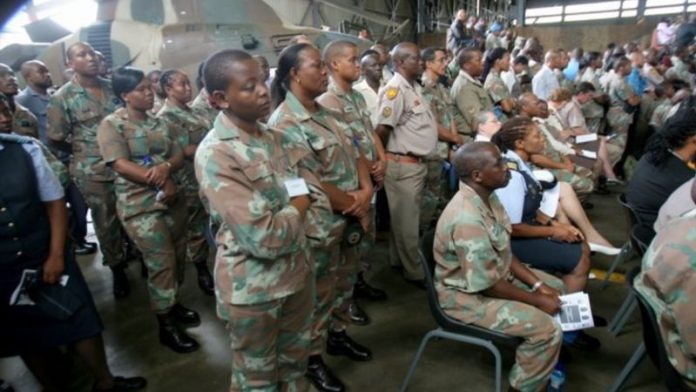 But one thing is certain: this is an unprecedented domestic and international disaster for President Jacob Zuma and his administration.

The original deployment to prop up the unpopular regime of François Bozizé seems to have been motivated by three closely linked objectives: the advancement of commercial interests, including those of senior ANC figures and the party's own investment arm; a desire to project power into Francophone Africa; and the opportunity to seize from France the initiative in both the resource business and regional politics.

On each of those counts, South Africa is now markedly worse off.

The deals cut with Bozizé will be re-examined, rebel leader Michel Djotodia made clear just days after his arrival in the capital.

And far from asserting its strength on French-speaking turf, the administration has seen its military defeat compounded by the diplomatic humiliation of Wednesday's decision in N'Djamena, Chad, that the remaining South African troops must withdraw.

Humiliated SA given its marching orders
CAR: Army death toll 'could be much higher'
SA troops could be diverted to DRC

At home, sadness and incomprehension, followed by growing outrage, met the arrival of body bags at Air Force Base Waterkloof.

Risks
When you go to war in a democracy, you have to take the people with you. We were only dimly aware of the CAR deployment to begin with, and we certainly were not warned of the risks that precipitated the sending of crack parabats and special forces operators in January.

The government's claims that they were there in response to an African Union request for assistance to that country have convinced no one, perhaps because there is no formal AU mandate for military involvement, let alone the defence of Bangui, only a broad exhortation to help.

Worse, in some ways, the flimsy explanation puts at risk the broad support South Africans have offered for legitimate and properly mandated peacekeeping exercises. The new United Nations brigade that is aiming to secure the eastern Democratic Republic of Congo against the rebel group M23 includes a crucial component of South African forces, who may well be exposed to real fighting.

The appalling intelligence failure that left a small and ill-equipped South African contingent alone to face Seleka on the outskirts of Bangui while regional forces spearheaded by Chad and Bozizé's own troops melted away, raises serious questions for other deployments.

And the shock of seeing flag-draped coffins lined up in a hangar for the first time may weaken the previously solid consensus around our commitments on the continent.

That would be tragic. If it happens, Zuma and his party have only themselves to blame.

Deliberate ignorance
When the Mail & Guardian reported that, from the outset, South African military involvement in the CAR had been entwined with ANC-linked deal-making, the governing party said our reporting was "pissing on the graves of fallen fighters".

Zuma himself picked up the baton at Tuesday's memorial service for the dead soldiers, saying: "The problem in South Africa is that ­everybody wants to run the country. Government must be given the space to do its work of running the country to implement the policies of the ­ruling party that was voted into office by millions of our people.

"There must also be an appreciation that military matters and decisions are not matters that are discussed in public, other than to share broader policy … Those who are engaging in this game should be careful not to endanger both the national interest and the security of the republic."

Those remarks, of course, display deliberate ignorance of the basic principles of constitutional – as opposed to crudely majoritarian – governance. Perhaps more surprisingly, however, they betray the president's failure to understand that he cannot send South Africans to die without a parliamentary mandate and broad public support. That, as he should know from a glance at Iraq, will only be forthcoming if both the ­military and political objectives are credible, and broadly understood.

In the CAR, they were not, and no amount of bluster will correct that. It is a bitter lesson. The question is whether it will be heeded.