SA troops could be diverted to DRC 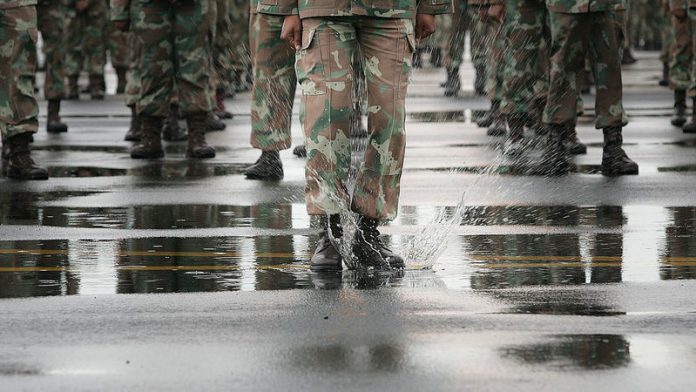 In preparation for a possible attack in the Central African Republic (CAR). But despite a decision this week that South Africa would not return to the CAR in the short term, such troops may find themselves in combat nonetheless.

The presidency and defence force have refused to disclose details of troop movements and plans, except to deny certain specific instances. But partially corroborated reports indicate that several hundred tonnes of equipment, including helicopters, were moved to the central African region over the past week, starting shortly after CAR rebels took Bangui.

Troop numbers are not known, but the contingents dispatched from Pretoria and Bloemfontein are believed to include exactly the kind of heavy weapons and ammunition South African soldiers in the CAR said could have saved lives in battles there. Until the official decision on Wednesday that South Africa would not return to the CAR in the short term, those forces were thought to be massing for a counterattack.

Now, however, it seems likely that at least some of the contingent will be deployed to the eastern DRC, in fulfilment of a South African commitment to form part of an intervention brigade in that country.

The United Nations Security Council this week approved plans for an attack force to be formed within the UN Organisation Stabilisation Mission in DRC (Monusco). It was the only prerequisite required by the Southern African Development Community for troop deployment.

Humiliated SA given its marching orders

Central African Republic: Have our leaders learned their lesson?

CAR: Army death toll 'could be much higher'

The intervention force is based on a policy that peacekeeping in the North Kivu province must give way to peace enforcement, with a mandate to attack rebel groups such as M23. To date, Monusco has been ­limited to returning fire.

The force, which will be drawn from several countries, will total about 4 000 soldiers. Defence analysts' initial expectation is that South Africa could contribute as few as 100 of those, or about half the troops under fire in Bangui.

What makes the battle for the eastern DRC difficult is the continual  defection from the official Congolese arm by former rebels back to rebel groups and the cover provided by local residents for rebel operations.

Cele and Sitole: Police are ‘handicapped’ by SA laws