A compass for varsity change 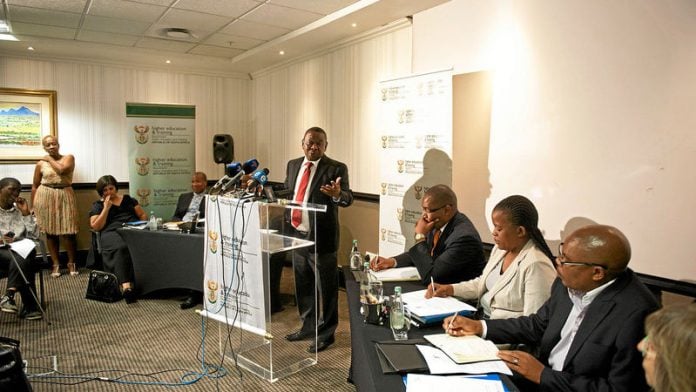 Higher Education and Training Minister Blade Nzimande's appointment in January of a ­permanent ministerial oversight committee on transformation at South Africa's 23 public ­universities is timely because many of them are grappling with governance and management problems.

But the committee's mandate should not create the impression that the move will be a panacea for all the transformation challenges and other woes facing higher education. Transformation is both a moral and a legal imperative, but no amount of regulatory enforcement will bring about real change while the playing field of the sector remains so uneven.

This is a matter that the committee will have to face in its transformation journey and advise the minister accordingly, as it is mandated to do. Consider, after all, the number of documents published since the dawn of our democracy aimed at driving the transformation agenda envisioned for the New South Africa — and consider too how many of these are just gathering dust.

There is little evidence across the sector that demonstrates real willingness to embrace transformation. At some institutions, transformation does not even appear among the contractual key performance areas of senior and executive managers. Worse still, some universities have no formal transformation unit.

Against this background, the establishment of the committee has to be welcomed. As I see it, the committee will not be a "policing" forum with punitive powers — a fear some have expressed — but rather a mechanism through which universities will acquire a common understanding of what transforming higher education really means and entails.

The reluctance in some quarters to embrace the committee appears to be based on the anxiety that it will interfere in the running of institutions. As I see it, the committee will increase the department of higher education and training's capacity to assist those institutions that are struggling to walk the transformation journey, especially in dealing with persistent problems regarding racism, sexism and languages of tuition.

Not totally transformed yet
No one university in South Africa can claim to be totally transformed. Although indicators such as research throughput rates can be excellent measures of the success of an ­institution and its profile among the who's who of higher education, the real measure of a university's transformation is how well it responds to societal needs.

It follows that no one institution should be offered as a model of transformation: we can learn lessons from each other without necessarily trying to replicate them because transformation is not a "one size fits all" matter. In this respect, I would suggest the oversight committee will need to liaise with Higher Education South Africa (Hesa), the vice-chancellors' representative organisation, regarding its own initiatives so far on transformation.

In particular, two Hesa formations are important here. One is the transformation strategy group, chaired by Derrick Swartz, vice-chancellor of Nelson Mandela Metropolitan University; the other is the transformation managers' forum, which I chair. On the initiative of these structures, all 23 public universities were asked to develop and submit their integrated transformation plans — their self-assessment and self-evaluation on their own progress towards and commitment to transformation.

Some institutions have already done so; others have not. But Hesa's initiatives suggest some starting points for the committee. It could:

Though one size does not fit all when it comes to transformation, there are some considerations that apply across the board. The first is the role different councils play. As the highest governing bodies of universities, councils are going to have to take transformation very seriously now, not only because of the new committee but also in the light of the minister's recently published new "reporting guidelines", which require specific reports on transformation.

Second, it is also common cause that institutional transformation units play a critical strategic role. As I have remarked, though, not all universities have these. In my view, they should, and to work properly they need to report directly to the vice-chancellor.

Genuine empowerment
They should, as a matter of course, be well resourced and staffed, and they must have the support of other executive managers. It is one thing to have such a unit for purposes of mere compliance but a totally different thing to empower genuinely to drive its transformation.

I say this because some of the universities that take powerfully appealing public stances on transformation have little with which to back this up operationally and practically.

At the heart of the transformation process is willingness — that is, the psychological and the emotional preparedness to change. No amount of legislation and no regulatory framework can by themselves work. All such instruments can do is enforce surface compliance of the familiar in the private sector regarding the Employment Equity Act. Some companies even budget for the sanctions they expect to incur because of noncompliance. It would be a sad day indeed for South Africa if such a mentality ever became the order of the day in higher education.

Now that the oversight committee has been established, it is surely in the interest of all universities to work with it as well as to support one another. On both a political and a transformative note, Robert Sobukwe's words to a 1949 graduating class of Fort Hare University are as relevant today as they were then: "Let me plead with you, lovers of my Africa, to carry with you into the world the vision of a new Africa, an Africa rejuvenated and Africa recrafted, young Africa. We are the first glimmers of a new dawn."

Professor Gordon N Zide is deputy vice-chancellor (governance and operations) of Vaal University of Technology and chair of Higher Education South Africa's transformation managers' forum. The views he expresses here are his own