The tangled trail of the Magnitsky Affair, a case that’s strained U.S.-Russian relations and blocked American adoptions of Russian orphans, snakes through an offshore haven in the Caribbean. The death of Moscow tax attorney Sergei Magnitsky sparked international outrage. It also fueled a push to unravel secret deals that had prompted him to claim that gangsters and government insiders had stolen $230 million from Russia’s treasury. Magnitsky and other private attorneys investigating the affair on behalf of a major hedge fund followed a path from Russia to bank accounts in Switzerland and luxury properties in Dubai — ending up at a small firm based in the British Virgin Islands that specializes in setting up offshore companies for clients who want to remain in the shadows. This is the story of behind-the-scenes players in the Magnitsky affair — and the tale of how an offshore go-between provided shelter to fraudsters, money launderers and other shady characters from Russia, Eastern Europe and the United States. ***** In early 2008 , lawyers working for a London-based hedge fund scrambled to prove that their client had been the victim of a corporate heist. A gang of mobsters, the lawyers believed, had quietly transferred ownership of three Russian businesses belonging to the hedge fund to a secrecy-cloaked company in the Caribbean. The offshore company had been established by Commonwealth Trust Limited, a firm in the British Virgin Islands that sets up overseas companies and trusts for clients around the world. Lawyers for the hedge fund’s owner, Hermitage Capital Management Limited, contacted CTL and demanded answers. Who, they wanted to know, was behind the mystery company? But there was a problem: CTL had no idea. As far as CTL knew, the owners were two unlikely characters from a small Russian city near the Black Sea — a vocational instructor and a 70-year-old pensioner , according to later court filing. Hermitage’s lawyers claimed that the two were fronts for underworld figures who wanted to keep their stake in the company hidden. It’s a common scenario in the offshore world, which is served by a sprawling industry of accountants, lawyers, middleman and fixers who are paid to guard their clients’ secrets. Often, anti-corruption advocates say, they do this by closing their eyes to the identities and backgrounds of their customers. Only later, Hermitage’s lawyers claimed, did the true purpose of the alleged corporate hijackings become clear. The companies had been used, they claimed, as part of a complicated scheme that made off with $230 million in bogus tax refunds from Russia’s treasury. The alleged heist would eventually have other – wider – implications. It caused a rift between the U.S. and Russia, spawning human-rights legislation in the U.S that in turn led the Kremlin to retaliate by banning Americans from adopting Russian orphans. Until now, the role played by CTL in the Magnitsky Affair has gone untold. 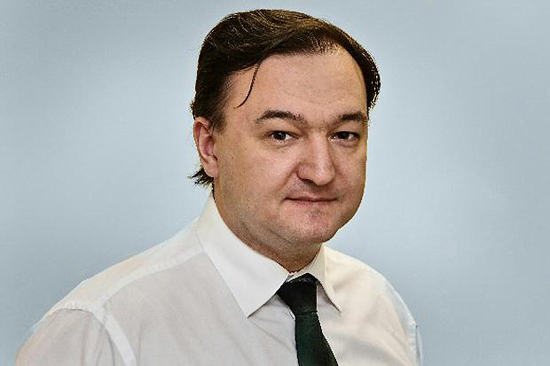 Sergei Magnitsky Secret documents obtained by the International Consortium of Investigative Journalists show that CTL set up at least 23 of the offshore companies that Hermitage claims were used by the alleged fraudsters to move money and cover paper trails. Internal CTL documents obtained by ICIJ cover the firm’s relationships not only with figures linked to the Magnitsky case but also with thousands of other clients. The secret files show the firm served as a middleman for an extensive list of shady operators — setting up offshore companies for securities swindlers, Ponzi schemers and individuals linked to political corruption, arms trafficking and organized crime. There’s no evidence CTL engaged in fraud or other crimes. Records obtained by ICIJ indicate, however, that CTL often failed to check who its real clients were and what they were up to — a process that anti-money-laundering experts say is vital to preventing fraud and other illicit activities in the offshore world. The documents show authorities in the British Virgin Islands failed for years to take aggressive action against CTL, even after they concluded the firm was violating the islands’ anti-money laundering laws. CTL co-founder Thomas Ward blames many of the firm’s problems on “the law of large numbers” – anytime you form thousands of companies for thousands of people, he said, a few of them may be up to no good. In a written response to questions from ICIJ, Ward said CTL chose its clients carefully and that it had no more problems than other offshore services firms of similar size. “I regard myself as an ethical person. I don’t think I intentionally did anything wrong,” Ward, who has worked as a consultant for the firm since selling it to new owners in 2009, said in a telephone interview. “I certainly didn’t aid and abet anybody doing anything illegal.” Treasure Island CTL’s home base is a chain of coral and volcanic islands reputed to have been the inspiration for Robert Louis Stevenson’s Treasure Island. The British Virgin Islands — known in shorthand as the BVI – are home to roughly 28,000 souls and 500,000 active offshore companies. That represents about 40 percent of the offshore companies that exist around the globe, according to a 2011 World Bank report. Secrecy is a selling point for outlanders who want to charter a company on the islands, which govern themselves as a British overseas territory. BVI authorities demand little or no information about who’s behind offshore companies licensed within the territory. They rely instead on CTL and other local “registered agent” firms to vouch for these companies. Tax Justice Network, an anti-corruption advocacy group, ranked the BVI 11th highest among the most secretive jurisdictions on its global Financial Secrecy Index. The BVI became a player in the offshore world in 1984, when local authorities passed the International Business Companies Act. The number of companies birthed in the territory grew quickly, swelling in a decade from fewer than 1,000 a year to 36,000 a year. By 1994, Euromoney magazine was hailing the BVI as “the world’s pre-eminent offshore corporate domicile” and the territorial government had hired a New York public relations firm to market the islands as an offshore haven. For the founders of Commonwealth Trust Limited, it was a good year to get in on the action. Ward, an MBA and entrepreneur from Canada, laid the groundwork and brought in Scott Wilson, a Texan who’d been working as a radio engineer in the Caribbean, as computer guru and minority partner. CTL set up offices in the BVI’s capital and largest settlement, Road Town, on the island of Tortola. As a registered agent, it helped start companies and trusts for clients and served as the official public face for many of the companies it helped charter, receiving summonses and other legal documents. 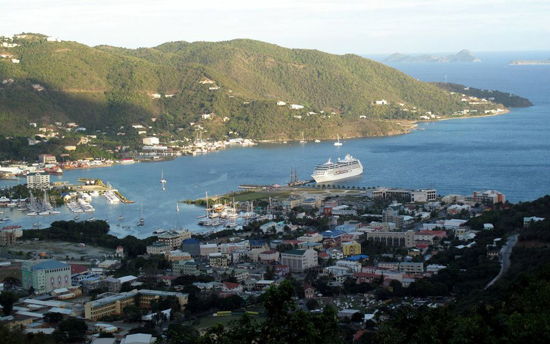