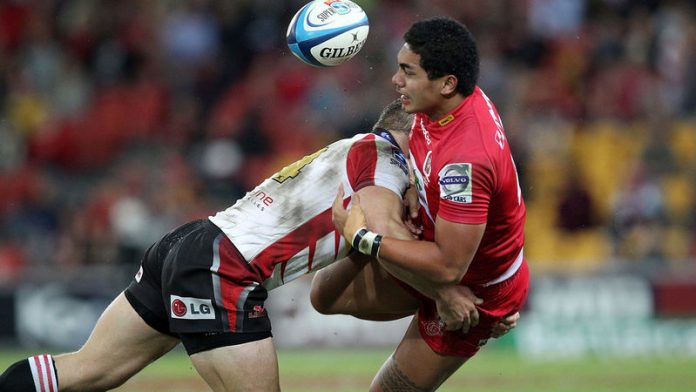 "This is the unfortunate result of uncertainty regarding the quality of the opposition, accommodation and travel limitations, as well as increased cost aggravated by the weakening exchange rate," the Golden Lions Rugby Union (GLRU) said on Friday.

The Johannesburg-based team announced a list of 16 fixtures this season, after they were relegated from the Super Rugby competition.

Their clash against Namibia in Windhoek, however, was called off in February, and the US leg of the series, which included matches in California and Texas, was scrapped on the eve of the team's departure.

"We would like to apologise to all supporters and the players, staff and management who have been affected by the forced late cancellation of the American tour," said GLRU chief executive Manie Booysen.

"While we regret having to cancel the tour, we believe it is important to have the team's travel and accommodation needs met.

"We were also concerned the level of competition that the Lions would face abroad would not be of a strong enough standard."

Booysen, however, remained positive that new arrangements would be made for the team to play matches this month.

"The GLRU management and senior coaches will endeavour to make alternate arrangements for the Lions squad over the upcoming weeks." – Sapa

From cheers to tears

Life has never been simple for a self-confessed sports polygamist and like any relationship it needs a balance, writes Charles Leonard.
Read more
National

Take your pick from the Stormers, Bulls, Chiefs or Crusaders to lift the Super Rugby championship in 2012.
Read more
Sport

New sponsor signs up to dig Lions out of their hole

The Golden Lions Rugby Union has signed a multi-million rand sponsor on a three-year deal that its president says will help with its financial issues.
Read more
Sport

Lions backline coach Carlos Spencer was confident in the team's new halfback pairing who were set to face the Blue Bulls in a Currie Cup clash.
Read more
Advertising