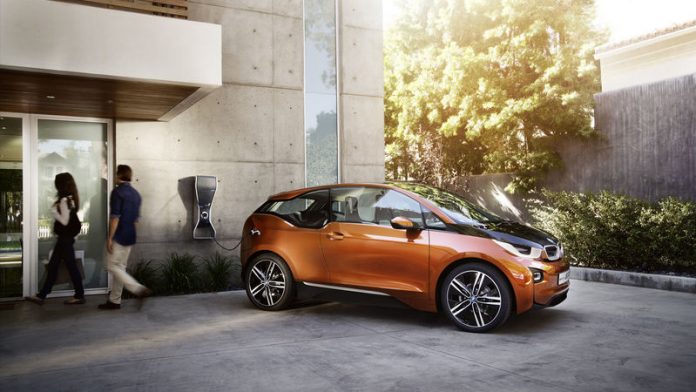 In September this year Nissan will launch the Leaf (from "leading, environmentally friendly, affordable family car") in South Africa. The curiously-shaped hatchback will seat five, accommodate some luggage, and use no petrol at all.

It will be the first passenger electric vehicle (EV) — mass-produced or otherwise — to be sold in the country: a milestone for the motor industry. The Leaf is also a potential litmus test for how the general public will react to these new cars.

Like the masses that queued to see the first horseless carriages more than 100 years ago, people will no doubt line up to get a glimpse of Nissan's electric car.

How will it charge? What does it cost to run? Can it get to Durban from Gauteng on a single charge? What about our ailing power grid? All valid questions, of course, and despite the Leaf's mainstream appeal, those questions persist across the board, even for the luxury brands — all of whom are taking different approaches.

Same problems
Premium manufacturers face the same problems as Nissan's Leaf, just with cars that have to be more luxurious, for a more demanding consumer base. The first luxury electric car to arrive on local shores will be BMW's i3, which lands around the middle of next year.

Previously known as the Megacity Vehicle, the compact i3 is planned to be a premium EV for people who live in large cities. It will have a range of around 160km and BMW's studies have shown that only a small percentage of commuters travel more than 100km in a single day, so practical usage should not be a huge concern. In fact, BMW is aiming for it to be a second or third car in a household. This makes it perfect for execs who want to leave their thirsty high-end sedans or SUVs parked at home.

Although the i3 is designed from the ground up to be an excellent all-rounder, with luggage space for an airport trip and seating for five adults, its range will occasionally be a concern.

The German automaker will also consider a scheme for electric car buyers to have access to a pool of extended range vehicles; petrol or diesel. Ostensibly customers will plan holiday trips in advance and part of this planning would include booking a vehicle with their local dealership.

This marries the convenience of petrol-free commuting with the peace of mind that comes with a fossil-fuel vehicle that does not have limitations like long recharge times or lack of recharging infrastructure.

The i3 is a perfect everyday EV commuter, but BMW is not the only premium manufacturer working on something. High-performance electric motoring is taken care of by the Mercedes-Benz SLS AMG Electric Drive. As its name suggests, this is a high-performance AMG derivative and it has an electric drivetrain.

Additional oomph
The standard petrol-powered car is driven by a rip-snorting V8 engine that produces 420kW and 650Nm, but the electric variant has 552kW of power, with an earth-moving 1 000Nm of torque.

That additional oomph comes courtesy of an electric motor in each wheel and a 548kg battery pack. Yes, the electric SLS tips the scales at 2 200kg. With that extra power and weight come a 250km range and enough juice to reach an electronically limited top speed of 250km/h. It will not come to South African shores, though, and if you really want one you will have to fork out $525 000 for the privilege.

Between the extremes of the sensible BMW i3 and the just-a-weekend-toy SLS Electric Drive, there are not any other luxury EVs to choose from — apart from Tesla Motors's products.

The American upstart disrupted proceedings in a very conservative premium automotive segment when it released its Roadster in 2008. More recently, its Model S has been winning awards for proving that electric cars are not boring, but can be fun and don't have to skimp on modern amenities. Tesla's approach is to build vehicles people can buy right now using the best technology available.

But they are not perfect and there are occasional issues. There is the threat of reduced range in extreme cold, something that plagues all battery-powered vehicles.

Glitches, such as owners being locked out of their cars (which boast electric door locks) also prove that Tesla is still a young company and it doesn't have the resources or experience of more established players.

Problems aside, the company's Model S has taken to the drag strip and has outpaced many high-end performance saloons from Europe. And it almost matches them in range too: a floor-mounted battery pack endows the range-topping model with a range of 480km. A cheaper model has a 60kW/h battery pack that is good for 335km on a charge.

Inside there is seating for five adults and jump seats for two children — or enough luggage room to transport a mountain bike, flatscreen TV and surfboard all at once.

Investment
Tesla is investing heavily in its Superchargers, a network of solar-powered chargers that can add 50% charge to a Model S in just 30 minutes — technology that could do away with range anxiety altogether. The appeal of ultra-luxurious electric cars also relies on the perceptions of buyers.

Rolls-Royce, the most prestigious luxury car brand in the world, has had two electric concepts. The most recent one, the 102EX, deleted the traditional V12 engine and replaced it with a big battery pack; two electric motors took care of drive.

The motoring press praised the car, citing its quiet operation and effortless electric shunt as the culmination of all things Rolls-Royce, yet customers shunned the concept.

Not only was the meager 200km range a problem, but so was the eight-hour charge time.

For people who own planes and traverse large distances on a whim, this is an obvious concern. Status also plays a role: in an interview with Motor Trend magazine in the United States, the chief executive of Rolls-Royce said that people love the idea of a big, burly V12 engine under the hood. As a result, both concepts were canned.

In the meantime, petrol-electric hybrid vehicles are far easier to build and market, especially with customers who accept no compromises from their expensive, luxury vehicles.

Lexus, the luxury division of Japanese automaker Toyota, has made its range of performance hybrid models available in South Africa since 2008.

Even by name the cars were designed to shrug off the image that hybrid vehicles are for "saving the planet", which became the unofficial slogan for the mainstream Prius. Although planet-saving is a noble cause, Lexus says it can offer performance from a smaller engine mated to a powerful electric drivetrain.

A case in point would be its GS450h luxury saloon, which has a 3.5l petrol engine and an electric motor that produces 147kW. The total system output (it is not as easy as adding power figures) is 250kW and there is plenty of torque on tap. Lexus also has an SUV, the RX450h, and an upscale version of the Prius, the Lexus CT200h hatchback, which offers stylish, low-emissions city commuting.

The company positions the GS450h as a competitor for V8-engined models from Audi, BMW and Mercedes-Benz that uses far less fuel than those bigger engines do.

Stuttgart's sports car experts only offer a hybrid version of its Cayenne SUV: a 3l six-cylinder petrol engine mated to an electric motor, with a total power output of 279kW and 580Nm of torque.

The Bavarian automaker offers local buyers a 3-series, 5-series and 7-series hybrid. In each case a 40kW electric motor is mated to BMW's 3l turbo engine, for a total system output of 250kW and 450Nm of torque.

Rather than being battery-assisted versions of the regular models, ActiveHybrid cars have many tweaks to help them to save fuel. Start-stop systems shut down the petrol engine when the car comes to a stop.

At speeds of up to 160km the engine can be switched off and the electric motor (plus momentum) will coast the car along without using fuel. Even ancillaries like air conditioning, power steering, oil- and fuel-pumps are electrically powered, negating the need to draw power from the internal combustion engine.

When the i3 lands next year, BMW will also add a high-performance hybrid model, the i8. This will marry ultra-economical internal combustion engine technology with a high-output electric system, resulting in a sports car that will be as fast and dynamic as the M3 sports saloon, yet consume fuel at a rate of less than four litres per 100km.

Hybrids also exist at the extreme high-end, though in a very different form. McLaren, Ferrari and Porsche will all launch their flagship supercars — the P1, LaFerrari, and 918, respectively — later this year, each boasting hybrid technology that has been proven on racetracks. Porsche has been field-testing its hybrid system, which sends power to electric motors mounted in the front wheels, in its race-ready 911 GT3-R.

Audi, which is yet to introduce a hybrid model, has been entering its e-tron diesel hybrid racecars in the Le Mans series. McLaren and Ferrari, of course, have Formula 1 teams, both of which use the kinetic energy recovery system hybrid system to boost performance.

In each of the high-end supercars coming this year, the hybrid implementation is used exactly as in race conditions: a push-button system will send electric power to the wheels for a performance boost during race conditions.

It might not benefit fuel economy, but the use of the technology in these conditions will ultimately benefit the development of lighter batteries with higher energy density — the one thing that is keeping full electric luxury models from becoming a reality on showroom floors.

Top five ugliest cars ever to have hoodwinked South Africans