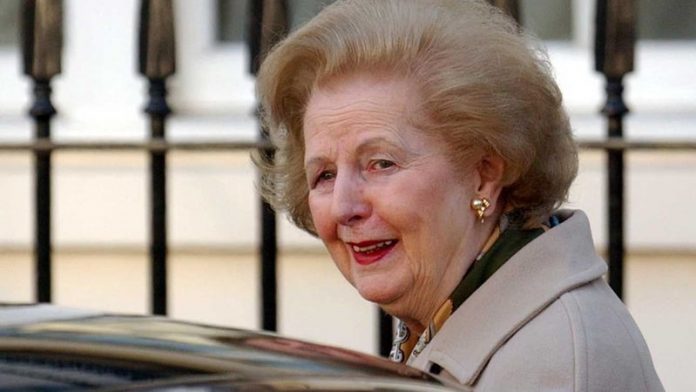 Thatcher, the Conservative Party leader who took charge of Britain during a tumultuous post-war period and was reelected three times, died on Monday, following a stroke.

President Jacob Zuma conveyed his condolences to the British people on Monday. "Our thoughts and prayers are with the family of Lady Thatcher and the people of the United Kingdom during this difficult time," he said, according to the international relations department.

Thatcher had a better grasp of the complexities and geo-strategic realities of South Africa than many of her contemporaries, former president FW de Klerk said on Monday.

A steadfast critic of apartheid, she had consistently and correctly believed that much more could be achieved through constructive engagement with the South African government than through draconian sanctions and isolation, De Klerk said in a statement.

She understood the need to consider the concerns and aspirations of all South Africans in their search for constitutional consensus. "For this reason, she was able to play a positive role in supporting our own process of non-racial constitutional transformation in South Africa," he said.

"She will be remembered not only as one of Britain's greatest prime ministers, but also as a leader whose policies and approach had a significant impact on politics throughout the world," De Klerk said.

From his first meeting with Thatcher in London in 1989 until the end of her tenure as prime minister, she gave strong and valued support to him and all other leaders working for a peaceful, prosperous, and constitutional future for South Africa.

"We met in the Cape and in London many times after her retirement from office, and before her stroke in 2002. I am honoured to have had Margaret Thatcher as a friend," he said.

ANC 'saddened' by death
ANC spokesperson Keith Khoza said the ruling party was saddened to hear of Thatcher’s passing. “Her passing signals the end of a generation of leaders that ruled during a very difficult period characterised by the dynamics of the Cold War,” he said.

Khoza said Thatcher’s tenure as prime minister redefined British politics and public administration and that these had impacted greatly on European politics and governance.

However, he also acknowledged the differences that the party had with Thatcher in the past. For many years, Thatcher refused to recognise the ANC as anything more than a terrorist organisation.

“The ANC was on the receiving end of her policy in terms of refusing to recognise the ANC as the representatives of South Africans and her failure to isolate apartheid after it had been described as a crime against humanity, however, we acknowledge that she was one of the strong leaders in Britain and Europe to an extent that some of her policies dominate discourse in the public service structures of the world. Long after her passing on, her impact will still be felt and her views a subject of discussion,” he said.

'Brave and principled'
DA leader Helen Zille said Thatcher would be remembered as one of the most respected political leaders of the 20th century. “Her leadership was principled and brave and she did not allow populist politics to define her position on anything,” she said.

Thatcher was a formidable politician who broke the power of Britain's trade unions, said the Freedom Front Plus.

"[We] express our sympathy with the British nation with the passing away of Baroness Margaret Thatcher," FFPlus international relations spokesperson Corne Mulder said in a statement. "Baroness Thatcher was the only female prime minister to date in British history … She will be remembered for her strong views against communism and socialism."

Mulder said she and former United States president Ronald Reagan, who died in 2004, played a huge role in the final destruction of communism. "In so doing, she did the world a big favour. She was widely respected and made a big impact on British and world politics," he said.

No love lost
There was no love lost between Thatcher and the trade unions, against which she had always taken a hardline stance. Her handling of the 1984/1985 UK miners’ strike destroyed the influence of British trade unions. Reaction from local trade unions was more critical of the impact of her leadership.

Lesiba Seshoka, spokesperson for the National Union of Mineworkers, described her reign in Britain as the most difficult time for labour and for trade unions in Britain.

“She will be remembered as one of the harshest leaders the trade unions in Britain had to face, and many more in the formal colonial countries faced the wrath of her reign of terror,” he said.

Political commentator Susan Booysen, meanwhile, said Thatcher, with her strident opposition to economic sanctions against the apartheid government, was one of the people who had helped “keep up” the National Party at the time.

“The apartheid government, the Nats thrived in her presence,” she said. “That type of international support really gave the National Party government a few extra years of life because that was in the midst of international pressure and internal mobilisation … Economic expedience came into it but I think she also felt a type of brotherhood with the very conservative elements in international politics.”

At the same time, Booysen said Thatcher had changed British politics forever. “We are so aware that she had not been well for a long time so on that personal empathy level one can empathise with that,” she said. “It’s the end of an era. Her type of politics has long ended. It’s an exit for a person whose time has long passed.”

Unintended consequence
Journalist and political commentator Allister Sparks pointed out that while Thatcher had tried to avoid sanctions against South Africa, her decision to send a special Commonwealth mission of eminent persons to investigate the situation had the unintended consequence of paving the way for individuals from opposing sides to make contact with each other.

“The importance of the eminent person’s group is in my reading that it did establish in the minds of negotiation-minded people both within the ANC and the South African government that there was sufficient common ground to make a negotiation possible,” he said.

“Although the eminent person’s group itself was disbanded … they did lead to informal contacts being made.”

Sparks said after the report by the group was published, a series of surreptitious underground meetings took place culminating in secret meetings between the South African intelligence service and Nelson Mandela in prison.

“I wouldn't want to exaggerate the role [of the group], but it did start a process,” he said.

“All of that, I must add I think, was never in Margaret Thatcher’s mind. I think it was an unintended byproduct of what she had intended – avoiding a campaign of sanctions in South Africa.”