CAR: Did Zuma defy the Constitution? 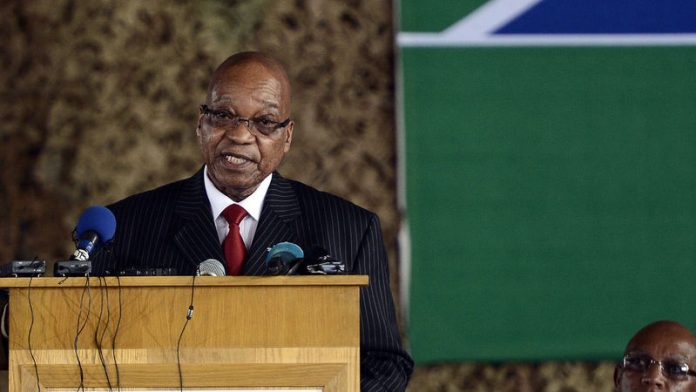 A fortnight after President Jacob Zuma revealed 13 soldiers died during a gun battle with Seleka rebels in the Central African Republic, defence and constitutional experts as well as opposition parties accused the president of not fulfilling the constitutional mandate of adequately informing Parliament about the whereabouts and actions of South Africa's military.

Zuma claimed South African National Defence Force (SANDF) personnel were on the ground as a bilateral military agreement with the CAR, which was signed in 2007 and renewed in 2012.

In the agreement, the South African army would contribute towards peace and stability in the region through the disarmament and reintegration of Seleka rebels, as well as provide the CAR military with training.

On the grounds of this agreement and in the face of the growing crisis, Zuma ordered a reinforcement of troops to the country in January this year, sending an additional 200 soldiers he later claimed were to protect SANDF trainers of the CAR military and other national interests.

But shortly after the deadly incident, the Mail & Guardian reported on how the SANDF were deployed to protect business interests related to the ANC and prop up the regime of now deposed CAR president François Bozizé. The ANC dismissed this report.

"The president should take the country into his confidence and answer exactly why the troops were still there in the midst of a coup," said Professor Shadrack Gutto, constitutional law expert at the University of South Africa.

Subsection 3 of section 201 in the South African Constitution states the president of the republic must inform Parliament of the details of any SANDF deployment.

This should include where, why, for how long, and the number of personnel who will be deployed on any mission.

Defence force
200. (1) The defence force must be structured and managed as a disciplined military force.

(2) The primary object of the defence force is to defend and protect the republic, its territorial integrity and its people in accordance with the Constitution and the principles of international law regulating the use of force.

Political responsibility
201. (1) A member of the Cabinet must be responsible for defence.

(2) Only the president, as head of the national executive, may authorise the employment of the defence force
a) in cooperation with the police service;
b) in defence of the republic; or
c) in fulfilment of an international obligation.

(3) When the defence force is employed for any purpose mentioned in subsection (2), the president must inform Parliament, promptly and in appropriate detail, of
a) the reasons for the employment of the defence force;
b) any place where the force is being employed;
c) the number of people involved; and
d) the period for which the force is expected to be employed.

(4) If Parliament does not sit during the first seven days after the defence force is employed as envisaged in subsection (2), the president must provide the information required in subsection (3) to the appropriate oversight committee.

(2) Command of the defence force must be exercised in accordance with the directions of the Cabinet member responsible for defence, under the authority of the President.

(2) If Parliament is not sitting when a state of national defence is declared, the president must summon Parliament to an extraordinary sitting within seven days of the declaration.

(3) A declaration of a state of national defence lapses unless it is approved by Parliament within seven days of the declaration.

The bulk of the recruits sent in January and all of those killed in action came from the specialised 1 parachute battalion.

Nicknamed the parabats, the 1 Parachute Brigade is an all-arms formation of military parachutists who are often used for tactical advantage.

At the memorial of the fallen soldiers, Zuma dismissed ulterior motives in the deployment of troops to the CAR, citing national security as a reason not to discuss military matters.

"President Zuma must explain why [he sent] the sharp end of the army into a conflict situation. You would not send in specialised fighters unless there was a serious chance of action – the very essence of why these soldiers were deployed still remains unknown," Pikkie Greef, national secretary of the South African National Defence Union (Sandu) said.

"It is completely unconstitutional to say the public should stop asking where and why the army is doing what they are doing. It is not giving away our strategies by doing so," he added.

"These clauses were put into our constitution to ward off the situation we saw during apartheid where the SANDF and the executive were not accountable for their actions."

"The president is making a big mistake if he thinks the defence force can be deployed – BJ Vorster-style – in secret without informing the public and Parliament," he said.

Maynier claimed last week that the government "lied" about why South African soldiers were sent to the CAR.

A row broke out at an extraordinary meeting of the joint standing committee of defence in Parliament on Thursday when the clearly outraged ANC chairperson of the committee, Jerome Maake, said Maynier must "not be mischievous" and make a statement that impugnes the government.

"I think it is an incontravertible fact that President Jacob Zuma misled Parliament on the deployment of the South African National Defence Force in the CAR," he said.

Maynier said that in his first letter on the reason for the deployment of soldiers in the CAR in January, Zuma stated it was to help with capacity building, assist with disarmament, demobilisaton and reintegration.

In that letter, Zuma said that the expected expenditure for the mission would be R65-million.

After opposition parties in Parliament queried this figure, Maynier said Zuma sent a second clarification letter to Parliament. In this second letter, Zuma "conceded" that it would cost South Africa R21-million a month to deploy the soldiers, he said.

'Protection element'
And Maynier said that Zuma had further contradicted himself, when he also stated in the second clarification letter that he would revise the protection element of the mission to the CAR, if the situation improved. The "protection element" was not mentioned in the first letter to Parliament, he pointed out.

South Africa is now preparing to send troops to the Democratic Republic of Congo (DRC) as part of a UN mission to neutralise armed groups in the conflict-torn east of the country.

The UN Security Council unanimously adopted in late March a resolution establishing the so-called intervention brigade as part of the existing 20 000-strong UN force in the DRC, known as Monusco.

It was the first time the United Nations created such a unit within a traditional peacekeeping force.

Displaced
The DRC's army is fighting M23 rebels in a conflict that has dragged the country's east back into war and displaced more than half a million people.

Maynier argued that Parliament was not adequately informed about the deployment.

"Despite reports about a massive deployment of the defence force – including Gripen fighter jets and Rooivalk attack helicopters airlifted to the region by chartered Illuyshin 76's and Antonov 124's – no information was provided to Parliament," he said.

"The president has an obligation to inform Parliament promptly and in appropriate detail about any deployment of the SANDF."

"Every expert is entitled to their opinion and that is the essence of the democracy we live in," Maharaj said.

"However, we disagree with all of these allegations in their entirety as the president has conformed to all constitutional obligations required of him in relation to the deployment of the South African military."

On Friday Maharaj said that according to the Constitution (section 201), in subsection two: "Only the president, as head of the national executive, may authorise the employment of the defence force – (a) in cooperation with the police service; (b) in defence of the republic; or (c) in fulfilment of an international obligation."

Section three reads: "When the defence force is employed for any purpose mentioned in subsection (2), the president must inform Parliament, promptly and in appropriate detail, of
(a) the reasons for the employment of the defence force;
(b) any place where the force is being employed;
(c) the number of people involved; and
(d) the period for which the force is expected to be employed."

Section four reads: "If Parliament does not sit during the first seven days after the defence force is employed as envisaged in subsection (2), the president must provide the information required in subsection (3) to the appropriate oversight committee."

Maharaj said: "Parliament was informed of the CAR deployment. Therefore, the public's right to know was taken into account and will continue to be, but without disclosing military strategies and tactics that would endanger lives and state security. "We urge the media and commentators to take this fact into account when commenting or reporting on defence matters."