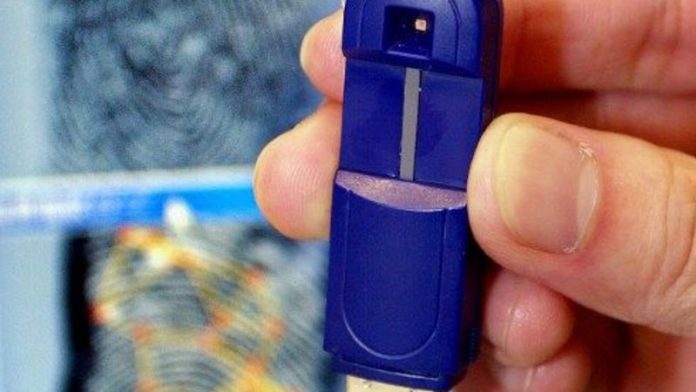 Computing power is not often measured by the inch, but it takes a mere glance to see why the Cotton Candy gets this treatment.

Marketed as “the world’s smallest computer”, this stick the size of a flash drive fits a 1.2 GHz processor, 1 GB of RAM and an operating system.

Made by Norwegian start-up FXI Tech, the protoype won the Last Gadget Standing contest at the 2012 Consumer Electronics Show in Las Vegas, but only began shopping late last year.

It has finally arrived in South Africa. For something this size, it doesn't come cheap, retailing at R3799 for the whole package.

But this is computing at its most portable, unusual and intriguing. A micro SD card that slips into the stick is loaded with the Cotton Candy operating system, built on Google’s Android 4.0, and the device itself connects to any monitor that has a USB or HDMI port.

This means you can plug it into a high-definition TV set and play video off the internet, through Cotton Candy, onto the big screen.

It is wi-fi-enabled and comes with a wireless keyboard that allows you to run it as a standard computer, using the external screen as your monitor.

It's not the first computer on a stick, but it is by far the smallest available in South Africa, measuring 80mm long, 25mm wide and 10mm deep.

It is also the most advanced device of its kind, running substantially faster than it’s main competitor, the Chinese-made Rikomagic MK802 II Android 4.0 Mini PC – another computer the size of a memory stick.

According to Bluem8rix MD Noel Gissing, the next step will be the introduction of an unobtrusive sensor that detects hand movement, allowing the user to control Cotton Candy through gestures.

This can ultimately allow typing in thin air, and even action-based gaming applications.

The concept of a PC-on-a-stick is just one direction we are seeing in the miniaturisation of fully-functional computers.

Another key route is the quest for stripped-down PCs that can be built at rock-bottom cost and used in schools or by developers looking to build and program from the ground up.

The concept harks back to the birth of personal computing, when DIY kits were sold to aspirant techies.

The leader in this direction is the Raspberry PI, a single-board computer the size of a credit card. It is not as pretty as a PC-on-a-stick, since it is intended to provide a bare-bones computer that can be adapted as desired.

An operating system has to be loaded via an SD card, and a keyboard and mouse plugged into a USB port.As with the Cotton Candy, it can connect to the HDMI port of a flat-screen TV, but also runs on analogue TV sets.

It’s powered via a microUSB port of the kind on most cellphones today, but uses very little power.

Because of its bare bones approach, as well as the fact that it was developed as an educational tool by British charity the Raspberry PI Foundation, the cost is outrageously low: R300 for the Type A Board with 256MB of RAM, and R400 for the original version, the Type B with 512MB of RAM.

“This means that African entrepreneurs, educators and researchers can set up shop at a fraction of the price of buying a conventional computer,” says Philip Machanik , associate professor in the Department of Computer Science at Rhodes University.

“I see this as a really big game changer, in the same way as the personal computer was in the 1970s and 1980s.“ Indeed, the demand has been so high locally, the Type B is out of stock at South African distributor RS Components, and orders are placed in a queue.

These are not the kind of portable computers you will see being showed off in coffee shops and airport lounges.

But then again, that is probably their very charm: no one will even know you are carrying a computer.- gadget.co.za

The guitarist’s book, Introduction to South African Guitar Style: Volume One is due to be published at the end of the year
Read more
Advertising
Continue to the category
Africa