Tiger Woods set to pull of Jordan-esque second half 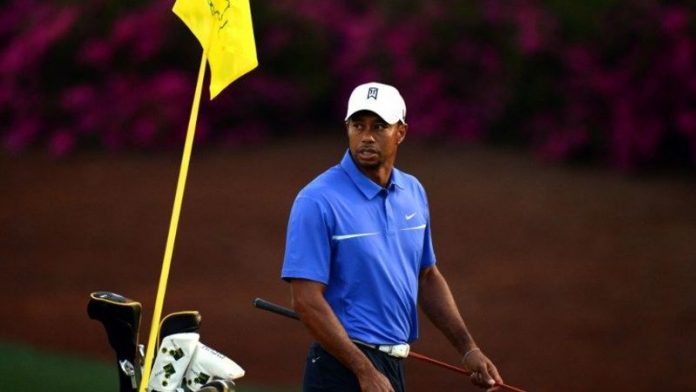 World number one Woods is considered the man to beat this week at the 77th Masters, where he will try to win his 15th major title as he chases the all-time record of 18 majors won by Jack Nicklaus.

Woods has revamped his swing, in part to avoid stress and punishment on his surgically repaired knees, and said what he has lost in elasticity of swing he makes up for with greater strength and power.

"Well, certainly at 37, I'm not what I was when I was 19 as far as flexibility," Woods said. "I'm far stronger and far more explosive than I was then. Just certainly don't have the elasticity, and that's a function of age."

That's when Woods invoked the memory of basketball icon Jordan, who won six NBA titles in the 1990s with the Bulls as well as leading the 1992 US Olympic "Dream Team" of NBA stars to a gold medal at Barcelona.

Jordan won three NBA titles in a row with the Bulls with a fast-paced, high-leaping, slam dunking style that inspired the "Jumpman" logo which is still among the most popular brands in sport marketing.

But after a two-year retirement and a failed flirtation with baseball, Jordan returned and had another NBA title "Three-peat" with the Bulls.

Spectacular second round
An older Jordan lacked the breakaway speed of younger days but was deadly with a fadeaway jump shot and incorporated more of his teammates, from sharpsooting guard Steve Kerr and playmaker Scottie Pippen to Australian big man Luc Longley.

"It's MJ jumping over everybody and then the next thing you know he's got a fadeaway," Woods said.

"You have to adapt and you have to play and you have to adjust. That's what we do as players as we mature through the game." Woods has reworked his swing to devastating results, winning six times in the past 12 months and three times this year, including at Torrey Pines, Doral and Bay Hill.

But Woods has not won a major title since the 2008 US Open and he has not won at Augusta National since capturing his fourth Masters crown in 2005, in part because of nagging leg injuries the swing changes were meant to address.

Confidence
​"Sean and I certainly had a number of talks early on on how we need to protect this knee and keep it healthy," Woods said.

"The changes that he recommended, I was very happy with, and the biomechanics of it. He researched it and certainly had a bunch of knowledge behind it. We started working on it, and here we are." Woods said there has been no magic moment where the swing changes fell into place.

"We're still always messing with things, tinkering around," Woods said. "Golf is fluid. We are always trying to get a little bit better somehow and refine it, and there's always room for refinement. That will never change."

Woods had fallen to 58th in the world rankings before climbing back to the top last month, moving past Rory McIlroy to become number one for the first time since 2010.

"I'm pleased at the progress I've made with Sean and the things we've done," Woods said.

"To going from where I went from at 58 in the world to get to where I'm at now, I'm pleased.

"The confidence comes from being able to do it on the practice range first, and being able to come out here and do it consistently and I'm starting to do that." – AFP