Gigaba on Medupi: ‘Heads will roll’ if deadline not met 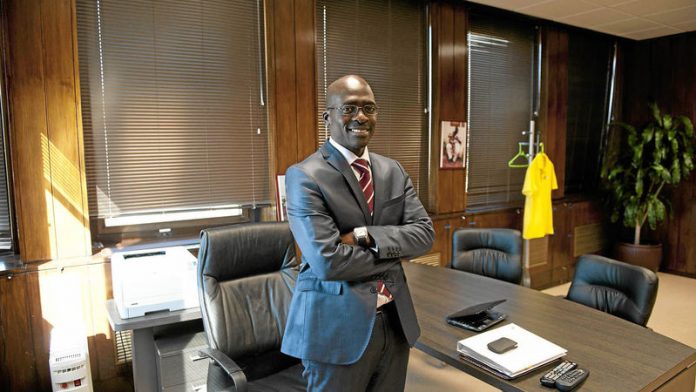 "I wish to make it unequivocally clear that I will not tolerate any delays to the delivery of this unit," Public Enterprises Minister Malusi Gigaba warned on Thursday.

"Necessary penalties will be at hand should any delays be experienced. Heads will roll." Given the current power system constraints it was critical for Medupi to be completed on time, he told reporters after inspecting the Medupi construction site in Lephalale with senior officials and Eskom chief executive Brian Dames.

He met several concerned parties, including unions and construction management on Thursday morning ahead of the inspection.

Gigaba said South Africa did not have the "luxury of time to brook any delays".

"This timeous completion … will further contribute towards ensuring security of electricity supply for the country," said Gigaba.

"There is recognition that the delays and additional measures being put in place to recover lost time may result in costs overruns which Eskom will resolve through remedies provided for in the contracts," he said.

'Tight schedule'
In January Eskom temporarily closed the power station when contract workers went on strike.Gigaba said this closure was the longest at the site – more than 10 weeks. Dames said construction at Medupi was on a "tight schedule".

"As Eskom, we will do whatever it takes to ensure that we deliver by its target," he told reporters.

"Most of the construction, as you've seen today (Thursday), is on track." When Medupi's timelines were reviewed in November 2012 it was found the target date of first power by late 2013 could be achieved with "significant effort".

Problems had included faulty welds on a Hitachi boiler, the Alstom system control and instrumentation contract, and labour unrest.

Medupi's first unit would deliver power to the grid by the end of the year. The other five units would follow at six to eight month intervals. Gigaba said there were many risks, political and economic, if the project was not completed on time.

In December, Hitachi indicated many welds on the boiler would have to be re-tested and replaced, Dames said.

Outstanding issues
​Hitachi Power Africa, which is part-owned by the African National Congress's investment arm Chancellor House, is providing the boilers for the power station.

"Both Hitachi and Alstom have now given us assurance in writing that they will not delay the July 2013 hot commissioning date, which would enable us to synchronise the unit for first power by the end of the year," he said.

"It is left for them to prove it to us … We will hold them to that. We will do whatever it takes to ensure this deadline is met," Dames said.

Eskom was trying to improve labour relations because strikes at the site had affected the project. An industrial forum had been formed to discuss and resolve outstanding issues.

"For this project to be successful … we need everyone to be a part of that. We can't have any more delays." Gigaba added that South Africans should treat electricity as a finite resource and a national asset that should be used sparingly. – Sapa