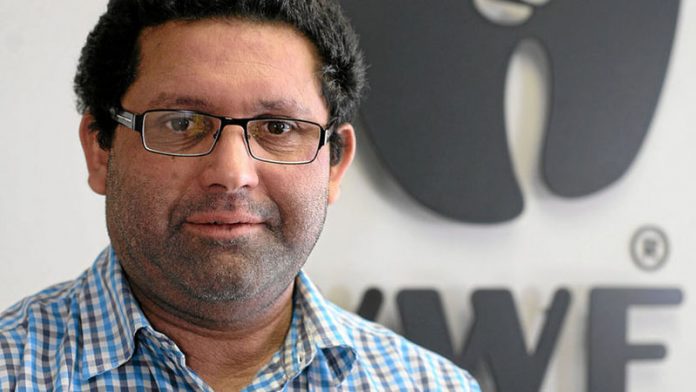 Saliem Fakir chaired the Greening the Future judging panel from 2003 to 2006. When the awards campaign was launched, he was director of the South African office of the International Union for Conservation of Nature. At the time Fakir wrote that the integrity of the awards lay in not producing yet another occasion for "greenwashing" companies.

"[The awards] serve as a vehicle for shaping policy orientation and discourse on environmental governance within the corporate sector. We do not wish to do this by embarrassing companies or scolding them, but through collegial nudging, advice and proud display of their honest engagement with the issues."

Now head of the Living Planet Unit at the Worldwide Fund for Nature – South Africa, Fakir looks back on changes in the sector in the past decade:

How has the 'green world' changed?
The post-1994 period saw a high regard for the environment enshrined in our Constitution and various forms of legislation. Conservation still receives a large share of environmental spend in South Africa from public and private sources. Nature-based tourism also creates an incentive for conservation to enjoy a disproportionate share of effort and revenue flows.

A lot more effort needs to be focused on environmental impacts from industrial, mining and other production sectors. But this can only be solved with greater civic participation and activism. We need to grow environmental activism in this country. My sense is that civic organisations have declined and weakened in the past 10 years.

The energy sector is becoming a growing focus for change — not only from a carbon emissions point of view, but also because of the huge interest in renewables. Some of this activism is also spurred on by the anti-fracking movement. This is healthy revival of civic action, but it needs broad appeal. There are constituencies missing from the picture.

How have attitudes changed, and what in your opinion is the future of environmental sustainability?
Environmental, social and governance issues are still important and are reflected, for instance, in recent adjustments to the Pensions Fund Act that include them as considerations to be taken into account by fund managers. From early July, they will also need to be disclosed in a fund's investment mandate.

The general populace is becoming more aware of environmental issues because of greater coverage in the media and a number of international environmental conferences we have held in South Africa. But awareness is not the same as citizen responsibility and activism. Society functions best when we have countervailing forces: citizens putting pressure on politicians and corporations, companies not only interested in meeting compliance but seeing sustainability as strategic to their business, public agencies playing watchdog and support roles, and labour unions ensuring that they also concern themselves with environmental issues.

And then there is an important role for the media — not only to sensationalise, but also to inform, undertake investigative journalism and inform the public of new advances in the environmental field. There is also a growing trend to "economise" environmental issues. So, one hears more about the green economy, green growth and so on.

Has Greening the Future played any part in advancing this cause?
It is hard for me to gauge, because it would have done so through ensuring greater public awareness and encouraging people to do more. Greening the Future should focus on citizen actions or some form of activism. I would include ordinary citizens, corporations who are not there for the PR, public agencies, community organisations, youth, non-governmental organisations and unions who have done extraordinary things without having the interest or pressure to seek rewards in changing our world and making it a better place.

It has to focus on change and self-sacrifice as the modus operandi. It should also be a vehicle for more transparency and accountability.