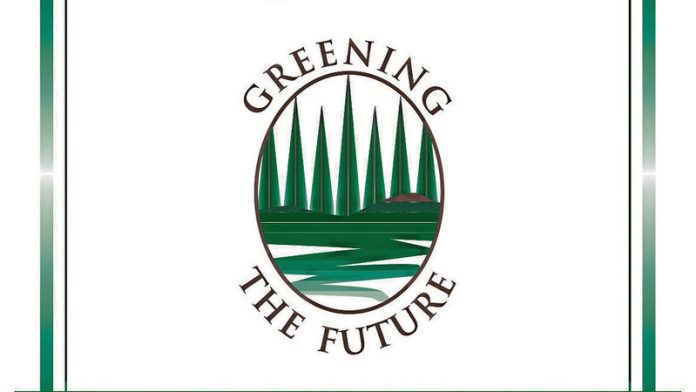 His career has involved journalism, public affairs, corporate communications and fast-moving consumer goods marketing. His interests include organisations and society, communications, the marine environment and energy efficiency. He has a BA degree from the University of South Africa and an MBA from Heriot-Watt University in Scotland.

Irvan Damon
Irvan Damon is co-founder and partner of Carbon d' Afreeque, an eco-entrepreneurship venture that specialises in upcycling. He created, hosted and produced Hybrid Living, an eco-lifestyle guide TV show, and is also the executive editor and a regular contributor to eco-lifestyle consumer magazine Green Home.

A former ambassador for the Sustainable Energy Society of Southern Africa, he is currently chief executive of CarbonTrack South Africa and commits a lot of his time to raising the profile of low-carbon technologies. He has an MA SocSci degree from the University of Cape Town (UCT), a petroleum policy economics diploma from Wits Business School and an MPhilEng from UCT with an open thesis.

Suraya Hamdulay
Suraya Hamdulay is executive head of division: sustainability at Vodacom Group. She joined the group in 2010 after completing a two-year contract with the Resolve Group. She previously worked at the provincial department of environmental affairs and development planning in the Western Cape.

Suraya's current portfolio at Vodacom Group focuses on sustainability, corporate social investment and overseeing the communication related to these fields. She obtained her BSocSci degree (political science and philosophy) in 1994 and her LLB degree in 1998 from the University of Cape Town.

A member of the Greening the Future judges panel since 2003, Ireton was head of sustainable development: markets and economics at Anglo American for eight years before joining Standard Bank. She was previously sustainable energy adviser at Eskom and manager of the Industrial Environmental Forum.

Andrew Kaniki
Dr Andrew Kaniki is executive director of Knowledge Fields Development at the National Research Foundation. The initiative is responsible for research funding programmes and has strategic oversight and development of the Centre of Excellence Programme.

Fiona Macleod
Fiona Macleod is founder of the Oxpeckers investigative environmental journalism unit, which uses data analysis and geo-mapping tools to tell environmental stories. An award-winning journalist, she was previously environmental editor at the Mail & Guardian for 10 years and was awarded the prestigious Nick Steele award for environmental conservation. She is editor of the M&G Greening the Future and Investing in the Future supplements.

She served terms on the judging panels of the SANParks Kudu Awards and the Green Trust Awards. She is a former editor of Earthyear magazine and editor-in-chief of HomeGrown Magazines in Mpumalanga. She has also edited several books, including Your Guide to Green Living, A Social Contract: The Way Forward and Fighting for Justice.

Rosemary Noge
Rosemary Noge majored in international relations at Wellesley College in Boston, Massachusetts. She has worked in the mining industry for nine years and has extensive experience in the formulation of sustainable business strategy and practices for the industry. She works independently and is a member of the National Business Initiative's sustainable futures advisory committee and the United Nations Global Compact advisory committee.

Ngcali Nomtshongwana
Ngcali Nomtshongwana is executive director of Resource Africa and has more than 15 years' experience in natural resource management and community-private-public partnerships. He currently manages a huge programme that supports 30 national and provincial parks across the country. While previously working for the national departments of water affairs and forestry and of environmental affairs and tourism, he championed the development of national policy guidelines for participatory forest management and community-based natural resource management.

He also contributed to the design of the environment department's social responsibility policy programme. Ngcali is a former South African national co-ordinator for the United Nations Convention to Combat Desertification as well as various overseas donor-funded programmes. After leaving the government in 2004, he led teams that reviewed three of the major environment-based programmes in the country — LandCare, People and Parks, and community-based natural resource management.

Crispian Olver
Dr Crispian Olver is founder and chief executive of Linkd Environmental Services, a Johannesburg-based public policy and research company. He has been actively involved in developing climate policy in South Africa and initiating actions by businesses and local government to address climate mitigation and adaptation.

From 1999 to 2005 he was director general at the department of environmental affairs and tourism, in which role he initiated most of the current environmental legislation in South Africa. Prior to this, he was deputy director general in charge of local government in the department of constitutional development, and chief director for the reconstruction and development programme in the office of the president. He holds BSc(Med) and MbChB degrees from the University of Cape Town, and worked as a senior medical officer at Cecilia Makiwane hospital for five years prior to joining government in 1994.

Coleen Vogel
Professor Coleen Vogel is currently an independent scholar. Her current research interests include transformative education on global environmental change, urban risk reduction, and climate change and development issues. Until recently she held the BMW Chair of Sustainability at the University of the Witwatersrand and also chaired the international scientific committee of the International Human Dimensions Programme dealing with environmental change issues.

She is the recent recipient of the Burtoni Award, an international award given by peers for recognition in adaptation and climate change and climate change diplomacy. She was also part of a cohort of scientists awarded the Nobel Peace Prize for the Intergovernmental Panel on Climate Change Fourth Assessment Report.

Yawitch worked for the Gauteng environment department from 1997 to 2004 and prior to that was special adviser to the then minister of land affairs. She was involved in the land sector for many years and was a director of the National Land Committee in the late 1980s and early 1990s, and a fieldworker for the Transvaal Rural Action Committee before that.

EDITORIAL: Justice must be seen to be done – in court not online