Should SA put its nuclear dreams aside for now? 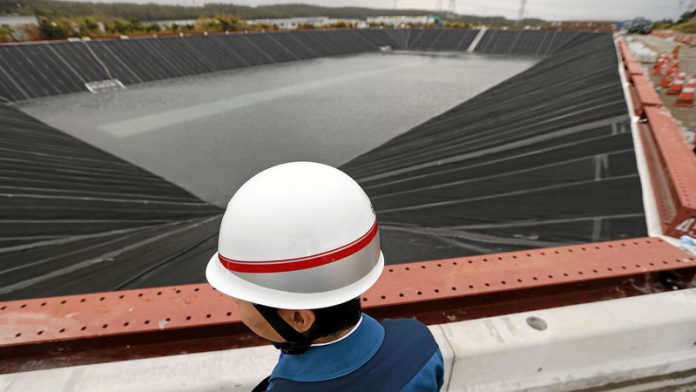 Deputy President Kgalema Motlanthe's support for the construction of several new nuclear power stations at Nuclear Africa 2013 was ill-advised. He addressed the conference in Midrand on March 18, in the same week that it became evident that the planned commissioning of the already delayed and over-budget Medupi power plant would be pushed out yet again. It was also the week in which Finland announced that the commissioning of its latest nuclear reactor, already 25% over budget, would be delayed by two years.

To be fair, the mandate for new nuclear power stations comes from the Integrated Resource Plan 2010, South Africa's power blueprint until 2030, and this calls for 9 600MW in additional capacity. Medupi has a capacity of about 4 700MW. As far as nuclear power goes, Koeberg – when both reactors are working – has a capacity of 1 800MW.

Much has changed in the world of energy generation since the integrated resource plan was published and it needs to be revised. To do this we do need to have sensible discussions about nuclear power.

Much of what passes for debate on nuclear power, here and elsewhere, is merely a shouting match between those implacably opposed to "nukes" and those who hail nuclear power as the only viable and abundant clean source of energy. On the face of it, nuclear power stations ought to be enjoying some sort of renaissance, in light the scientific consensus that rising levels of carbon dioxide in the atmosphere will result in damaging climate change. Many countries have made binding commitments to reduce CO2 emissions. South Africa is looking to meet its own Copenhagen pledges on carbon emissions.

But there is little sign of any such nuclear renaissance. The events played out on television screens at Japan's Fukushima plant and, in recent memory, the meltdown at the Chernobyl plant in the Ukraine show that nuclear is not always safe, and when things go wrong, they go catastrophically wrong.

Identify risks
Although Chernobyl can be written off as the result of bad engineering, Fukushima showed that nuclear safety requires not only good engineering, but also high-level, vigilant and independent regulation that constantly and critically seeks to identify risks on a never-ending, relentless and ongoing basis.

This is hard to do – the nuclear power industry has a generational problem: most of the leading executives and regulators are now in their 60s and the pipeline from the next generation looks spare.

But the biggest problem with nuclear is precisely the problem we are confronting with Medupi (and very possibly, Kusile) – the enormous costs of building these kinds of power stations. In general terms, using International Energy Agency figures – and depending on the costs of capital (or the applicable interest rate used) – large coal-fired stations produce what is known as a levelised cost of electricity: the cost per kWh produced over the life of the plant.

For coal-fired plants, half of this is made up of capital costs. For nuclear plants, fixed costs ought to represent 75% of the total levelised cost of electricity. The economics of nuclear power look poor – and it is not something where one can sharpen one's pencil and tweak the numbers, either. In practice, the picture is even worse – the Finnish nuclear plant only commenced after a detailed study published in mid-2000.

Although this study showed capital costs for nuclear were much higher than, say, gas – in fact, three times more per kW – the much lower fuel costs meant that, at 64% capacity, nuclear would be cheaper than all other options.

Even higher risks
These assumptions, as we have seen, have proved to be well off the mark and the Finns must be regretting their decision. It is not just the actual capital costs of construction that have spiralled out of control. The continued delays mean that the period to the new completion date must also be financed but without any revenue from electricity sales.

For a commodity such as electricity, delays or interruptions can never be recovered and permanently increase the cost of electricity generated by that power plant. We have failed to bring Medupi in on budget and certainly not on time – its building costs represent at least 50% of the cost of electricity to be generated. The Finnish experience shows us that nuclear power stations, with their much higher capital costs, present even higher risks to us.

As a result, the nuclear industry can only exist when the state underwrites its costs. Countries that procure their power through democratic, transparent and market-based methods are not building new reactors. Only two (including the Finland one) are under construction in Europe. The United States announced that it would build 31 reactors in 2009 but only five are likely to be built. Of these, none are in states that rely on competitive power markets.

As a consequence, the nuclear power sector is in a cul-de-sac. The sector knows it's in trouble and it is not quite sure what to do – much like the arms trade after the cold war. South Africa would do well to resist its advances. We are still suffering the consequences of an arms industry struggling to sell its wares.

There are good arguments for nuclear power eventually becoming part of the energy mix in light of growing concerns about climate change.

However, a 2009 report by the Carnegie Endowment for International Peace concluded that nuclear power would not "make a big difference in reducing carbon emissions in the next two decades, when the biggest reductions will have the most impact", because the industry could not build enough reactors during that time. This report cited long-standing problems that have to be overcome, such as exorbitant construction costs and unresolved issues related to uranium waste disposal. Now is not a good time to be making an investment in nuclear.

Revival of nuclear energy
If there is going to be a revival of nuclear energy, it appears it will happen only with the arrival of new technology (or fourth-generation design) to replace the molten salt reactor. Some concept designs allow these to run on either uranium or thorium. They have an added benefit in that they can run on spent fuel from the current conventional light-water reactors.

Molten salt reactors are also modular and will be able to be built at a much smaller scale. Conventional reactors harness only about 3% of the available energy in a given volume of uranium, but molten salt reactors can capture much higher percentages – from 50% up. They also offer safety advantages because the fuel is liquid – it expands when heated, thus slowing the rate of nuclear reactions and making the reactor self-regulating. Also, they're built like baths, with a drain in the bottom that is blocked by a plug. If anything goes wrong, the plug melts and the reactor core drains into a shielded underground container.

Besides being cost-effective, molten salt reactors could solve the nuclear industry's two other problems: safety and waste. China plans to build a liquid fuel reactor (likely powered by thorium) within five years. These timelines are a very rough guide but are in line with other options such as building a gas infrastructure.

Right now, there is no single path to a low-carbon future, but rather several options, including renewables, gas-fired plants, clean coal and a watching brief on nuclear. There is no guarantee any of them will get us there fast enough to prevent significant climate change from occurring but we have no other reasonable choice.

Dirk de Vos is a consultant in renewable energy and telecommunications.