Sanral takes its toll battle to the Cape 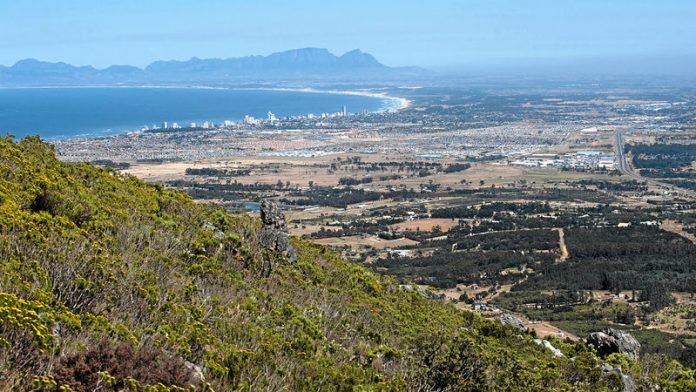 The South Africa National Roads Agency (Sanral), after a bruising year of legal battles and financial uncertainty, is to face off against the City of Cape Town next month over its plans to introduce tolling to parts of the N1 and N2 roads in the province.

After winning the right to proceed with e-tolling in Gauteng, the agency appears confident that the tolling project will go ahead in the Western Cape.

The city, which has applied for an urgent interdict against the agency in the Western Cape High Court, contends that, among other concerns, the proposed tolling is not necessary and would unfairly discriminate against its poor and low-income citizens, particularly its black residents.

The project known as the N1/N2 Winelands Toll Highway project, began life over a decade ago, as an unsolicited bid from the Protea Parkways Consortium, according to Brett Herron mayoral committee member for transport, roads and stormwater. According to Sanral its estimated cost will be R10-billion.

Objections from the start
In 2011 the consortium, led by the construction firms Basil Read, Group5 and Bouygues, was named the preferred bidder for the project, which includes the construction, maintenance and operation of the roads, paid for by collecting tolls, and which will run for 30 years before being handed over to Sanral.

According to Herron, the city raised objections from the start. Efforts to resolve the issue included an intergovernmental dispute process involving Sanral, the city and the national ministers for transport and the environment, which was unsuccessful.

The matter came to a head in 2011 "after it became clear that our concerns were not being addressed", said Herron. The city sought an interdict against Sanral to stop it from continuing with the project pending the outcome of an application by the city to review and set aside the decisions that led to the declaration of the toll road.

This interdict was, by agreement, postponed on December 6 2011 after Sanral gave the city an undertaking not to continue with the project pending the review and to give it 45 days notice before it intended to begin the project.

On March 6 this year, Sanral served a notice of intent, despite the review application still being in process. As a result the city has applied for another urgent interdict to prevent Sanral from implementing the project, pending the outcome of the review. The application will be heard next month.

Court applications
Herron said the city could not conclude the review because the agency refused to provide a complete record of documents relevant to the project, including its business and implementation plans, and documentation relating to the project's cost and what toll fees were likely to be levied.

The city applied to the courts on March 1 this year to compel Sanral to provide the information. But six days later, Sanral served notice of its intention to advance with the implementation of the project.

"The city's view is that the costs [of the tolling project] outweigh the benefits and the only conclusion we can reach is that they are withholding information that possibly supports that," said Herron.

However, the agency denies it is concealing anything.

"Sanral has never refused to make any documents available but we believe it will prejudice bidders to release the documents now before the finalisation of the process," the agency's general manager for communications, Vusi Mona, said. No tender had been awarded yet and only a preferred bidder had been named, he said.

But the city believes Sanral's strategy in terminating its undertaking and continuing with the project is to "manufacture a situation" so that by the time the review application is heard, the court will be presented with "a fait accompli".

This would be much the same as the case in Gauteng where Sanral had already accrued R20-billion in debt to improve the province's roads and prepare for e-tolls. The court challenges to the operation, which substantially delayed the launch of e-tolling, severely affected the agency's financial position, necessitating R5-billion in aid from the state.

Mona said that the conditions of both the roads had deteriorated dramatically and there were concerns about the safety of the Huguenot Tunnel, which precipitated Sanral's decision to act. The review process was not related, he argued.

Widespread "crocodile cracking" was visible on some stretches of road and a second bore had to be built for the tunnel because its south bore had exceeded its design life, requiring major improvements in traffic management and ventilation systems, fire control and structural integrity.

Maintenance contractors appointed by Sanral had patched the roads routinely in recent years but the problems visible on sections of the N1 and N2 were such that localised patching was "insufficient to properly maintain the road", said Mona.

Delays in implementing the project would cause additional deterioration to road infrastructure, significantly increasing the costs ultimately incurred to implement the project, he said.

Questioning projections
Although income generated from the Huguenot toll plaza contributed to the maintenance of the tunnel it was not sufficient for the upgrades required in terms of European design standards for tunnel safety.

"Furthermore, work in the tunnel cannot be done without closing the tunnel for a period not less than a year," Mona said. But Herron is sceptical about the truth of these safety concerns — the city believes they are exaggerated and "alarmist".

He also called into question the traffic flow projections used to justify the project. The bid went so far back that, during the course of time, it had become evident that the projections had never materialised.

Herron said Cape Town's case was unlike Gauteng's because, rather than affluent commuters, it would be the Cape's most vulnerable residents who would be affected by tolling, and the court was not being presented with construction already near completion.

He added that tolling would add an estimated R200-million to the city's capital budget and R100-million to its maintenance budget as a result of traffic diverting to avoid the tolls, which would have to be borne by Cape Town ratepayers.

Other organisations, such as the Cape Chamber of Commerce and Industry — which has objected to the project since 2003 — have warned that the largely rural economies in the region that are dependent on the routes to transport agricultural goods for export from Cape Town harbour will be adversely affected.

The chairperson for the chamber's transport portfolio committee, Peter Hugo, said, with the exception of the Huguenot Tunnel, which was already tolled, many of the stretches of road in question simply did not warrant tolling. But Mona said the tolling plan made provision for discounts of up to 70% for communities in the immediate vicinity.

He cited TomTom's annual congestion index, which measures traffic congestion hot spots and found that Cape Town is the second most congested city in South Africa, after Johannesburg.

Mona also dismissed concerns over the fact that the project was the result of an unsolicited bid by the now preferred bidders.

There were checks and balances in evaluating unsolicited bids and the receipt of such proposals did not guarantee that the contract would be awarded without providing for full and open competition, he said.

The public sector was allowed to provide unsolicited proposals because that encouraged innovative ideas or approaches to be developed outside of the government.

"Sanral has confidence in the comprehensiveness and integrity of the evaluation process that was followed in this instance," Mona said.