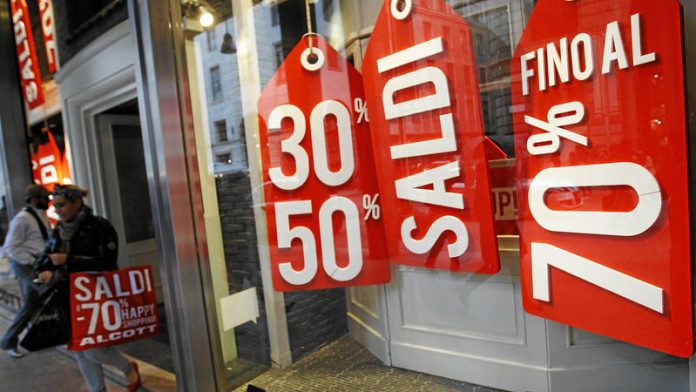 Italy and Japan appear tied together in a three-legged race. Before long at least one is bound to fall over. Given all the recent publicity about Japan and the colossal amounts of money it is about to throw at reviving an ailing economy, it seems strange to lump the two countries together — but they are in a similar hole and Japan is leading where Italy could mistakenly follow.

In the early 1990s, Germany, Italy and Japan entered a long decline, each weighed down by their own financial problems. Falling birth rates added to their woes.

But Germany's ageing postwar baby boomers broke free of the triumvirate. Among other things, they endorsed then-chancellor Gerhard Schröder's mix of Anglo-Saxon austerity (reduced wages and reduced job protection) and French-style child support alongside swingeing cuts to the terms and conditions for younger workers.

Protecting the Living standards
Rome and Tokyo both opted to borrow to protect the living standards of their ageing populations, while attacking the wages and conditions of the young. It didn't work. Though they still appeared to churn out top-of-the-line manufactured goods, especially in Japan, increasingly it was for assembly by foreign companies.

Japan's newest tactic has grabbed the headlines in the past week. Put simply, it will combine a long-standing policy of running budget deficits amounting to 10% of gross domestic product a year with a massive United States Federal Reserve-style money creation spree. An increase in value-added tax (VAT) is supposed to keep a lid on the budget deficit.

Charles Dumas, the eminent boss of economic analysts Lombard Street Research, describes in his latest monthly review how Japan's refusal to adapt has cost its citizens dearly. Such is the loss of export competitiveness that per capita incomes are now around half that of the US. Deflation, in the form of persistently falling prices, has deterred consumer spending and encouraged savings because even though interest rates are at rock bottom, savings values rise each year relative to prices.

Dumas recommends Tokyo scrap its VAT rise for the time being and instead tax "dead money" that isn't doing anything. By that, he means retained corporate profits that are not invested or disbursed to shareholders. He recommends a punitive, or even 100%, tax, and a low or zero tax on disbursement to get cash — real cash, not the stuff created by the central bank — out into the economy.

Raising the cost of chief imports
But a cheaper currency raises the cost of the chief imports, gas and oil, and everyone's heating, lighting and transport costs. Pushing up inflation while cutting living standards could be self-defeating.

The knock-on effects of quantitative easing in the United Kingdom and the US on consumer spending are also disputed. They have arguably kept inflation from falling precipitously — but economic activity has shifted only marginally.

All this means Japan could be left with higher debts and an equally sclerotic economy.

The same applies in Italy. Rome's membership of the euro means it is unable to print money. It could tax unproductive money in personal and corporate bank accounts, but like many European countries its banks are not in the best of health. Without an expanding export sector, it must look inward and has recently put the emphasis, like the UK, on a bonfire of welfare benefits.

Unfortunately for an ageing society, this policy brings us full circle. Without a welfare safety net that includes funds for childcare, the population will continue to decline. If Germany's example is anything to go by, Rome has already left it too late. Almost 10 years of generous benefits appeared to arrive too late for Germans, who have fewer children a head than Italians.

No wonder several economists have speculated that Italy and not Greece will be the first to leave the euro. With a budget deficit of almost zero, it can survive with funds from Brussels. But an exit and devaluation would be a way for Rome to repeat the "spend and devalue" that encouraged the formation of the euro in the first place. There is no easy way out.

Only when governments realise they need to tax the dead money in their economies to release the funds for investment that they desperately need can the recovery begin. — © Guardian News & Media 2013

The Indomitable Lions’ class of 1990 put Africa on the international football map with their showing in Italy, where they stunned the world champions. But they have since gone backwards. Why?
Read more
Coronavirus

The sector employs 60 000 people in the Western Cape alone. Whereas some centres have cut staff, others are reskilling and preparing for a different future
Read more
Analysis