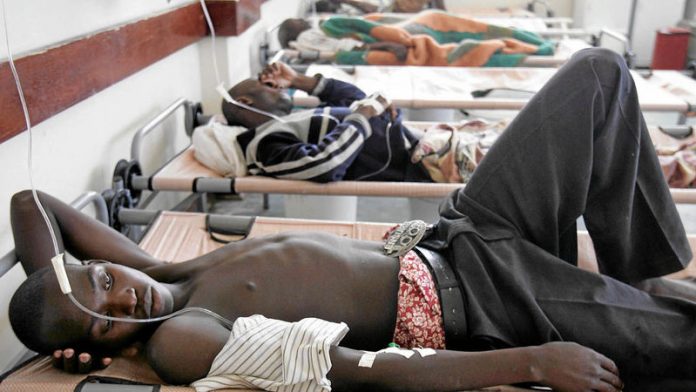 The role of the United Nations (UN) as a neutral body in Zimbabwe is under the spotlight following revelations that due to the warm relations between the UN head and Zanu-PF in 2008, the UN in 2008 ignored internal cholera warnings months before an outbreak that claimed more than 4 000 lives.

This has come to light after a recent tribunal hearing looking into the unfair dismissal in 2009 of Georges Tadonki, who headed the UN humanitarian office in Harare at the time. He was dismissed by Agostinho Zacarias, the former United Nations Development Programme (UNDP) chief in Harare.

The UN tribunal's 104-page ruling reveals how Zacarias, who, it says, was close to President Robert Mugabe's Zanu-PF party, was unable or unwilling to take measures to combat cholera – which affected about 100 000 people in 2008.

The UN tribunal found that Zacarias wrongfully fired Tadonki after run-ins over how the Harare office was managed. During the hearing Tadoniki accused Zacarias of conspiring with the Zimbabwe government to deny him and his family accreditation to work in the country. Tadoniki says as a result his family had to leave Zimbabwe and stay in a South African hotel for months.

Months before the outbreak, Tadonki said he warned his superiors of a looming crisis, telling Zacarias that 30 000 cases or more of cholera were possible. But, according to the tribunal, Zacarias ignored that warning because of his close links with senior Zanu-PF officials.

Zacarias 'failed poor Zimbabweans'
Zacarias, a Mozambican national, is said to be particularly close to the party's politburo member and transport minister Nicholas Goche, as well as to other people he had met before 1980 during the liberation war days in Maputo, Mozambique, Tadonki said.

The UN said Zacarias, now the UNDP's resident co-ordinator in South Africa, failed poor Zimbabweans by opting to protect the image of Zanu-PF. In 2008, rocked by galloping inflation and an economic meltdown, Harare was unable to provide water to residents in its high-density townships for months, leading to the cholera outbreak.

Following relatively peaceful ­general elections in March 2008, in which Mugabe was defeated by rival Movement for Democratic Change (MDC) leader Morgan Tsvangirai in the first round of the poll, Zanu-PF launched a fierce campaign of ­violence and intimidation, which was directed by the military, to retain its leader in office.

Facing defeat, Mugabe unleashed a vicious campaign of brutality. Tsvangirai said this operation had claimed the lives of more than 200 of his supporters, and he dropped out of the race.

In the middle of that crisis, Zacarias decided that his own closeness with Zanu-PF "overrode his responsibility to the UN's missions and values", the ruling says.

Tadoniki fingered UN officials for condoning Zacarias's behaviour by giving in to his demands, which included the marginalisation and eventual firing of Tadonki, even as conditions in Zimbabwe deteriorated. The report says the leadership in New York targeted and sacrificed Tadoniki for the benefit of Zacarias.

It further dismissed that the alleged poor performance of Tadoniki by Zacarias was not based on any proper appraisal process and lacked substance.

Funding for elections
The UN said it cannot comment as the ruling is being appealed. The ruling puts the UNDP office in the spotlight given its current role in Zimbabwe. The country recently asked for funding for an election planned for this year. In line with the UN guidelines on electoral support, the request was sent to Turtle Bay and a needs assessment mission will be dispatched. The UN's Focal Point for Electoral Assistance Activities arm is expected in the country soon.

Finance Minister Tendai Biti and Justice Minister Patrick Chinamasa, tasked by the government to source funding for the referendum and general elections, have asked the UNDP for $250-million.

In a letter to Zimbabwe's UNDP resident representative, Alain Noudehou, dated February 4, the two ministers said Zimbabwe only had "a combined budget of $25-million, yet the two processes are currently estimated to be in excess of $250-million".

Zimbabwe's broke coalition government recently raised $50-million from Old Mutual and the National Social Security Authority for the referendum on the new Constitution last month. It is now hoping private companies and the UNDP will fund the elections.

The UNDP also helped the country with cash for its constitution-making process last year.

Under the unity government, Zanu-PF and the MDC have agreed not to hold elections under the old Constitution.

Questions raised
​The UN tribunal ruling also raises questions about the role of the UN during a typhoid outbreak last year that claimed an undisclosed number of lives. The organisation has been criticised in non-governmental circles for not alerting the international community to the outbreak.

Civil society organisations that spoke to the Mail & Guardian but did not want to be named because they work closely with the UN or receive funding from it, said the ruling raises questions about what the UN will do if the events of 2008 repeat themselves ahead of the looming elections.

In Zimbabwe, the UNDP's focus is underpinned by the Millennium Development Goals, which include eradication of extreme poverty and hunger, humanitarian relief, support for domestic and international dialogue to help build consensus on the country's problems, strengthening the capacity of national institutions to deliver on the goals and providing basic social services with particular attention to vulnerable groups.

The ruling said Tadoniki must be paid, among other things, two years salary and $60 000 for moral damages and abuse of proceedings he suffered.