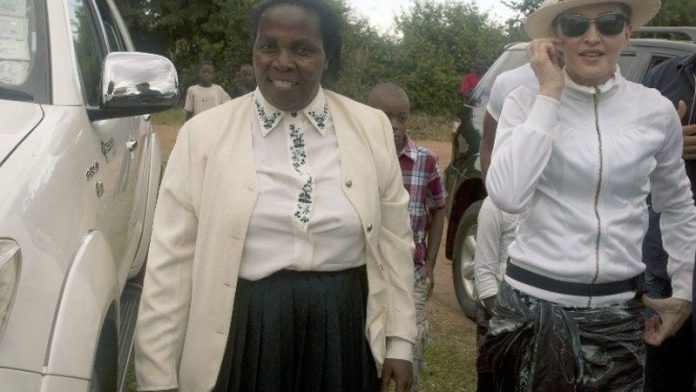 The attack fuelled a very public spat with the pop star, a source at the presidency said on Friday.

She "reprimanded officers in the state house press department for issuing the statement without consulting her," an official in Banda's office told AFP on condition of anonymity.

It was, the statement said, "strange and depressing" that the singer seemed to want "Malawi to be forever chained to the obligation of gratitude" for having adopted two Malawian children. Madonna reacted angrily to the statement, accusing the government of peddling lies about her charity work.

"I am saddened that President [Joyce] Banda has chosen to release lies about what we've accomplished, my intentions, how I personally conducted myself while visiting Malawi, and other untruths," Madonna said in a statement.

Press officer Tusekele Mwanyongo, who signed off on the government statement, refused to comment on the furore it has caused.

"I am out of it," he said. During the trip, Madonna visited schools her charity has built, flanked by her four children, including David Banda and Mercy James who she adopted from the country.

The statement also took a swipe at her for claiming to have built 10 schools when she had built classrooms.

Madonna's charity has poured millions of dollars into the support of orphans in Malawi, which is ranked by the UN Human Development Index as one of the world's 20 least developed countries. – AFP