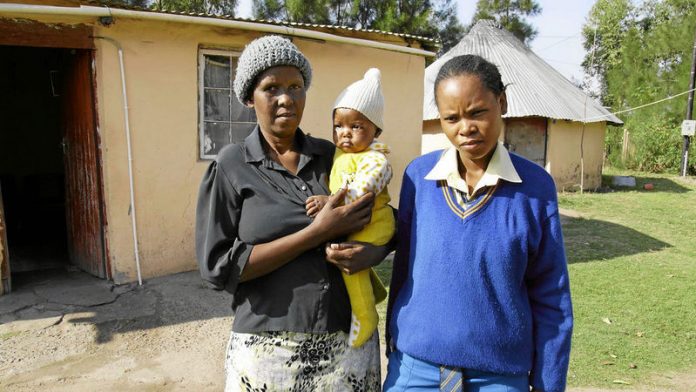 Pregnancy in schools has once again become a media focus, partly because of an unfolding Constitutional Court case that involves school policy on ­pregnant pupils.

Last week the Mail & Guardian drew attention to the scale of the problem — according to official estimates, 90 000 schoolgirls were pregnant last year, for instance — and the unwillingness of teachers and parents to allow sex to be openly discussed in schools as a reason for pregnant pupils being unsupported ("Pregnant schoolgirls left in lurch", April 5).

But rates of teenage pregnancy have actually been dropping since the 1980s, suggesting that policy initiatives are working. These include promoting the discussion of sexuality, through life skills in the curriculum, at school.

On the other hand, pregnancy is a major educational and public health issue. The health system bears the cost of birth, antenatal and postnatal care, and the school system is expected to contribute towards  minimising the impact on affected pupils while still discharging their responsibility for the performance of all pupils. This includes both those who are pregnant and those who have already become parents — that is, mothers returning to school after childbirth and the often overlooked teenage fathers.

Bearing the major costs of childbirth
But, surprisingly, pregnancy and parenthood at school are seldom regarded as part of society's broad and unequal gender arrangement. For decades, feminists have been pointing out that women who get pregnant bear the major costs of childbirth, measured not just in the physical labour but also in subsequent childcare demands that are carried primarily by the mother, who also generally suffers a major dent in her education and thus professional ambitions and prospects. The fathers of these children are generally not prejudiced in their career ambitions.

South Africa's Constitution prohibits discrimination on grounds of sex, gender or sexual orientation, and for this reason gender equality is a centrepiece of legislation and policy in all spheres. It applies to schools: the 1996 South African Schools Act stipulates a variety of measures to implement gender transformation. Among other things, the Act protects pregnant pupils, safeguarding them from exclusion.

The matter is not simple because there is no clear policy yet on when a pregnant pupil should leave school in order to have her child, though it seems that some schools ask pupils to leave when their pregnant state becomes noticeable. Maternity leave from school for pupils has been debated but not resolved.

This provides an important grey, if risky, area where the discretion of school authorities is, and should be, at play. This is the issue that sits at the Constitutional Court in the case of Harmony High in the Free State.

Pregnancy is a gender issue and part of the broader challenge to schools to promote gender equality. This involves assisting expectant mothers and young parents who are pupils to progress in their schooling and moulding the overall school environment to be supportive for these pupils.

Completing school is key
The major goal of school policy should be to help pregnant girls to complete their schooling; to make learning at school — both while they are pregnant and after they have given birth — possible, productive and fulfilling; to create a school environment that is free of stigma; and to encourage fathers to participate in the work of parenting the infants and supporting the mothers.

In a recent study (see endnote) conducted in secondary schools in Cape Town and Durban, a team of researchers found that most schools have not been able to provide this support for pregnant girls or pupils who are parents. In some cases, individual teachers have taken it upon themselves to help affected pupils by making special arrangements with homework and generally being understanding and supportive of their predicament.

Regrettably, school authorities have more often been unsympathetic. They have regarded pregnant girls (who are very visible) and young parents (who are not) as an added burden on already heavy work requirements.

The most common response is to avoid the issue — although, on the upside, this at least includes not expelling pregnant pupils, which was common practice as recently as 20 years ago.

We should not ignore this advance: most schools do not elect to follow the path taken by Harmony High to "remove" pregnant girls from school as though they were carrying a contagious disease. Nevertheless, all schools with pregnant pupil will at some stage expect the pupil to leave school in order to give birth. Ideally, this should be done in consultation with the pupil and in her best educational interests.

Teachers don't like it
Many teachers do not like having pregnant pupils or young parents in their classrooms. They make fun of them, pointing out that they are still children and too young to be engaging in adult activities such as sex. Some school principals and school governing bodies act unilaterally and ask pregnant pupils to leave long before they would like to.

But there is some good news. Most pupils — and the Cape Town/Durban study interviewed more than 1 000 — believed that pregnant girls should be encouraged to return to school and complete their schooling and that the fathers should participate in caring for the child.

In this study, we see that gender equality is still not a reality in schools and that teachers and some pupils are not in favour of it. We also see that the law does not (and cannot) produce a set of guidelines that will resolve the current dilemma of how long a pregnant pupil should be able to stay in school.

We see enormously promising movement in the attitudes of pupils, an understanding of sexuality and a tolerance of the predicament of pregnant pupils. But the ongoing challenge of pregnancy at schools should be to improve the work prospects and educational experiences of pupils who become mothers and encourage fathers and other family members to be involved.

This should be part of an inclusive approach to deliver quality education for all pupils and to make schools more gender-friendly and equitable.

Robert Morrell works in the research office at the University of Cape Town and is a co-editor with Deevia Bhana and Tamara Shefer of Books and Babies: Pregnancy and Parenthood in South African Schools (HSRC Press, 2012)

COMMENT As the department of basic education struggles with when and...
Read more
Advertising
Continue to the category
National