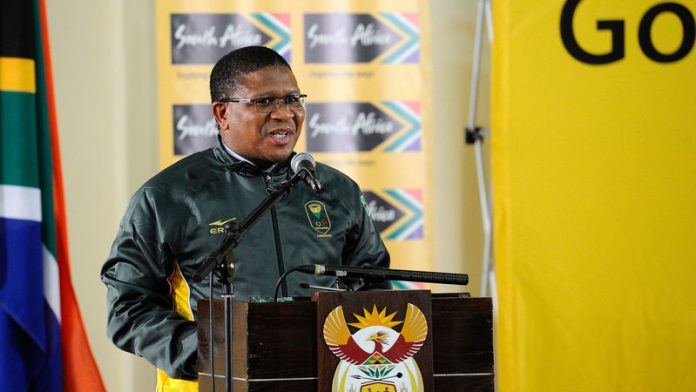 The South African Sports Confederation and Olympic Committee (Sascoc) on Saturday confirmed the athletics body would be led by administrator Zola Majavu indefinitely.

"We have noted that the national federation of athletics and/or individual athletes who fall under the jurisdiction of Sascoc have approached the high court to decide on a dispute, which is contrary to its articles," Sascoc said in a statement after its general council meeting on Saturday.

"Therefore the said federation has failed to comply with the provisions as directed in clauses 25.1 and 25.2 of the dispute.

"Sascoc is hereby suspending the individuals duly elected to the board of ASA for infringing the provisions of the constitution of Sascoc and is appointing an administrator to take over the running of the federation, pending the outcome of the charges to be brought against the individual board members of ASA."

ASA suspended more than half its board last week, as well as financial manager Terrence Magogodela, after president James Evans obtained an urgent interdict in the High Court in Pretoria preventing board members from taking any further action in their attempt to remove him from his post, pending the result of an arbitration hearing.

This followed Evans's impeachment at an ASA special general meeting last month, which he believed had been called without board members following correct constitutional procedures.

The previous ASA board was suspended in November 2009, following the Caster Semenya gender debacle and allegations of corruption.

Sascoc continues to support Mbalula
Three senior officials, including former ASA president Leonard Chuene, were suspended from association with any sport for terms ranging between three and seven years.

Sascoc president Gideon Sam, meanwhile, confirmed that Sascoc would continue to support Sports Minister Fikile Mbalula after a judicial inquiry was called to investigate allegations of match fixing in football.

"We will continue to work closely with the sports ministry at all times on this matter," Sam said.

He added that infighting within national federations was harming South African sport.

"We have to cut out the nonsense going on in some of our federations. It's not helping us at all. We have to put our house in order and look inwards," he said.

"From my side and the board's side, the heat is on and we'll call relentlessly for reports to monitor what's going on in federations. Court actions are symptomatic of a confederation at war with itself."

Deputy Sports Minister Gert Oosthuizen said Sascoc would continue its involvement in the South African Football Association (Safa) match-fixing scandal, despite reports that a vote of no confidence would be passed by Safa against Sascoc chief executive Tubby Reddy.

"I can say that we've consulted and made conclusions … in the next 17 days we'll be showing the country the way forward in this issue," Oosthuizen said. – Sapa