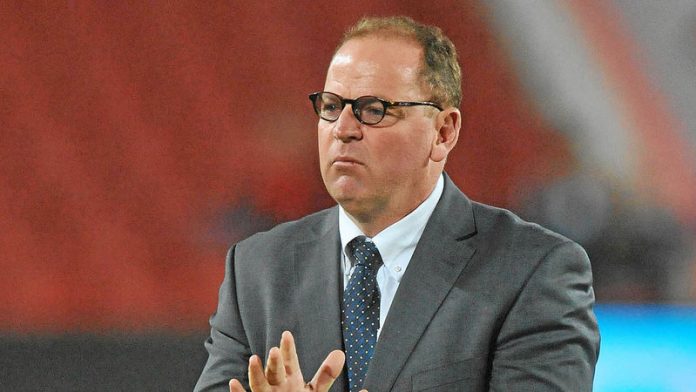 The ACT Brumbies' 30-19 win over the Dunedin-based Highlanders and the Queensland Reds' 31-23 victory over the Hamilton-based Chiefs sent the Brumbies to the top of the table and dropped the Chiefs to second place. The 12th-placed Western Force then shocked the Christchurch-based Crusaders 16-14 to contribute to a reshuffle through the middle of the table which left only nine points between second and 11th-placed teams.

The Stormers' win over the Sharks and the Blues' win over the Hurricanes also closed up placings in the regional conferences. The Sharks now lead in South Africa by three points while the Brumbies and Chiefs have two-point leads in Australia and New Zealand.

The Brumbies and Reds, now separated by a two point margin, are scheduled to meet in Brisbane next weekend in a match which may heavily influence the outcome of the Australian conference.

Brumbies coach Jake White has already labelled the Reds favourites for the match despite his team's superior standing and its larger contingent of current Wallabies.

"The Reds must have all the pressure," White said. "The reality is they're at home and they've probably got the best home record of any team in the competition.

"They've got players who've won championships. The pressure will be on everyone but we must not underestimate they must be king favourites, every guy in their starting team is a Wallaby."

Steady improvement
The Reds edged the Brumbies on countback last season to win the Australian conference but the Brumbies beat the Reds 24-6 when the teams met for the first time this season in the tournament's opening round. On that occasion, the Reds were without Genia, Cooper and captain James Horwill whose returns from injury have sparked their steady improvement in recent weeks.

The Brumbies' form has sometimes wavered in recent weeks and they have mixed a draw with the Southern Kings and a loss to the Cape Town-based Stormers with a narrow home win over the Pretoria-based Bulls and Friday's more convincing win over the Highlanders.

"I don't think we're at the point where we want to judge where we're at, that will happen on its own," White said.

He said next Saturday's match is "about testing ourselves against a team that have been the best, are considered the best, have no injuries, have won the conference two years in a row.

"They've even got a better coaching staff after adding (former Western Force coach) Richard Graham to their staff and it's a great opportunity. They must be better off than they were this time last year."

The 32-year-old Smith, who retired from international rugby in 2010 after 110 tests and who has rejoined the Brumbies this season from Japan, was a major figure in their win over the Highlanders. He scored a try, forced turnovers and marshaled a defence which allowed the Highlanders only one, late and consolation try through All Blacks scrumhalf Aaron Smith.

Genia and Cooper were key figures in the Reds' win over the Chiefs. Cooper scored a try and kicked four conversions and a penalty for 16 points while Genia expertly guided the attacking game, handing off to Cooper for his try and to winger Rod Davies for the second of his double.

"In the end we had enough up our sleeve, enough ideas and enough things we could execute to get the result," Reds coach Ewen McKenzie said. "The team doesn't lack belief. It's more about telling the doubters we've got something left in us."

The seven-time champion Crusaders faced the Western Force in Perth on their way home from South Africa where they won one match and lost another. The Force built a 10 point lead in the first 12 minutes then defended stoutly to hold out the Crusaders, who were dominant for most of the match.

Crusaders center Ryan Crotty tackled a pitch invader who dashed onto the field with three others in the 75th minute, causing a brief delay.

The Auckland-based Blues took a bonus point from a four-try win over the Wellington-based Hurricanes to move into second place in the New Zealand conference and to close the gap on the Chiefs.

Too much power
Winger Frank Halai and fullback Charles Piutau were outstanding members of a Blues backline, controlled by All Blacks scrumhalf Piri Weepu, which beat the Hurricanes at their own expansive game.

Joe Pietersen kicked six goals from six attempts, including the conversion of a solitary try to Juan de Jongh, as the injury-stricken Stormers beat South African conference leaders the Sharks 22-15.

The Bulls returned to the comfort of home to end the Cheetahs' record run on Saturday. Having lost their last three games away in New Zealand and Australia, the three-time champion Bulls had too much power back at Loftus Versfeld and outscored the Cheetahs two tries to one.

The Cheetahs, on a franchise-record five-match winning streak, landed a last-minute penalty through flyhalf Burton Francis for a losing bonus point that put them sixth overall, but with the same amount of points as the Bulls and Hurricanes. – Sapa-AP