Psy’s ‘Gentleman’: Yup, he did it again 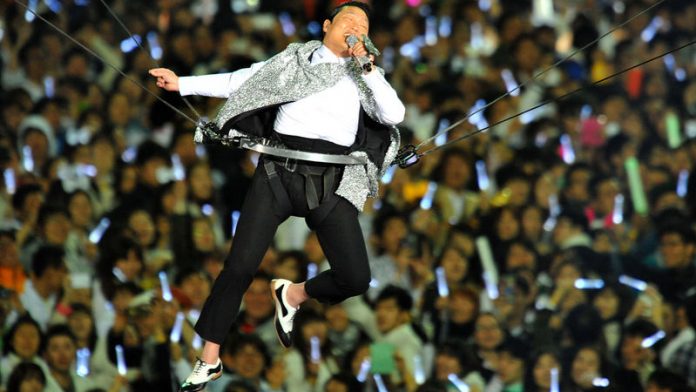 Psy is back (not that he ever really went away) with a new single, Gentleman. It was released on Sunday to a hungry audience that was, no doubt, quickly growing bored with the Harlem Shake and looking for something else to watch on YouTube.

In the day since it made its appearance on the internet, it has already been watched nearly 60-milion times, breaking all records for the number of views in 24 hours. It remains to be seen if his latest release will match up to Gangnam Style, the single which proved that the human race really are a sad bunch of lemming-esque creatures when it became the first to hit a billion views (at least 12 of those were me, so believe me, I’m not judging).

The bad news is that Gentleman, for all its shiny, bouncy South Koreanness (including the same doll-like K-Pop girls we saw in the Gangnam Style video, the same comedians, and the same comedy dance routines), really isn’t as catchy as its predecessor. It feels like a sequel, and of course, it was never going to be easy to manufacture something to follow up on the most viral video of all time. Not that that is going to matter to anyone but the grumpiest cynics. And it is pretty difficult to be cynical when someone seems to be having so much fun, even if that fun is at our expense. Which, let's face it, it is. He may be the one performing ridiculous dance moves in an improbable pair of dropped-crotch trousers, but we're the ones who just can’t get enough.

In search of real Gangnam style