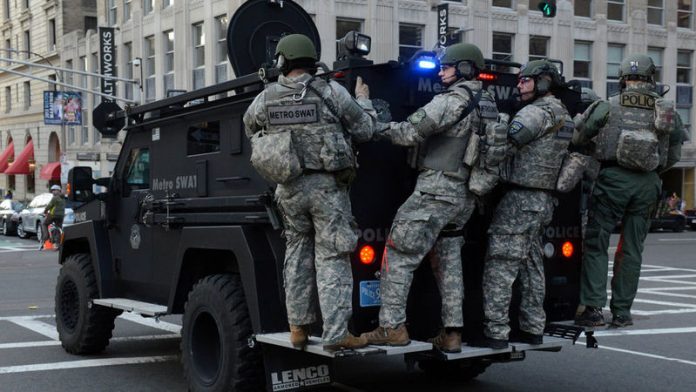 "We definitely saw a lot of horrific pictures on the news and on Twitter. All the South Africans, I believe, are safe," top South African marathon runner Kalmer told Talk Radio 702's John Robbie on Tuesday morning.

She was commenting after two explosions went off at the Boston Marathon on Monday.

The bombs exploded near the finish line on Monday, killing three people and injuring more than 100, officials said.

Kalmer also told Eyewitness News that she had a bad race, but cannot think about that after what happened in Boston.

"I had a really bad race but that doesn't matter to me now," she said. "It's just so sad. It's just one of those classic marathons. Everyone was so happy with what they achieved and then it must end like this."

"Security was so tight even before the race that I cannot believe this could happen at such an organised event," she said.

FBI heading investigations
Because the Boston Marathon is run by 27 000 people and about 500 000 come to watch every year, officials expect plenty of visual evidence into what happened before and after two devices exploded as hundreds of runners streamed to the finish line at Copley Plaza in Boston's Back Bay neighbourhood.

The Federal Bureau of Investigation (FBI) is heading the investigation with help from city, state and federal officials, FBI Special Agent Richard DesLauriers said at an evening news conference.

"It is a criminal investigation that is a potential terrorist investigation," he said, while declining to elaborate on initial findings or where the probe was headed.

But beyond being sure that bombs went off, there is little certainty yet about who might have been behind the attacks or what their motives might have been.

As of Monday evening, no agency had found any evidence that there was any obvious warning of the attack, nor has any claim of responsibility for the attacks surfaced. "There were no known threats," Boston Police Commissioner Ed Davis said.

Reviewing the photographic evidence
Video played continually on Boston's local television stations showing rescuers racing to the injured and then carrying bloodied runners and spectators away as photographers captured the scene.

Davis said officials were reviewing the photographic evidence and asked the public to call with tips if they had seen anything suspicious.

In the meantime police are sweeping the entire 42km route of the race for possible clues and have cordoned off the area around the blasts in the heart of Boston's shopping district.

A Justice Department official confirmed that Attorney General Eric Holder had talked about the case with FBI Director Robert Mueller and Boston US Attorney Carmen Ortiz. The National Guard has been deployed and local hospitals are being guarded by armed police.

As Davis met with Boston Mayor Tom Menino, Massachusetts Governor Deval Patrick and other elected officials in a nearby hotel to brief the media, investigators were already poring over pictures shot by professionals and amateurs.

CIA join investigation
Police have told people, including the thousands of visitors who came to participate in Boston's signature sporting event, to stay inside and not congregate in open spaces. "Boston will be open tomorrow but it won't be business as usual," Patrick said.

In addition to domestic law enforcement, intelligence agencies such as the CIA and the National Counterterrorism Centre have joined the investigation.

At least two, essentially contradictory, theories about who might be behind the explosions were under immediate consideration by investigators, officials told Reuters on the condition of anonymity.

One theory, based at least in part upon the timing of the bombings – on the day when US tax returns are due and also on the day of the Boston Marathon, which is customarily held on Patriots' Day – implies that domestic right-wing extremists, such as anti-government anti-tax activists, could be behind the attacks.

One of the main alternative theories, which was commended to Reuters by senior law enforcement officials, is that there could be some kind of connection, whether direct or very loose, to Islamic militants.

The principal evidence for this theory, the officials said, is what they say are similarities between what is known about the attacks – for example two simultaneous explosions in close proximity to each other at a high-profile event – to attack models proposed by Inspire magazine.

Inspire is a publication, circulated over the internet, by Yemen-based al-Qaeda in the Arabian Peninsula. The magazine publishes English-language exhortations to would-be Western jihadists to carry out attacks with whatever means, however modest, they have at hand. – Additional reporting by Reuters

‘Somalis must stand united and fight’