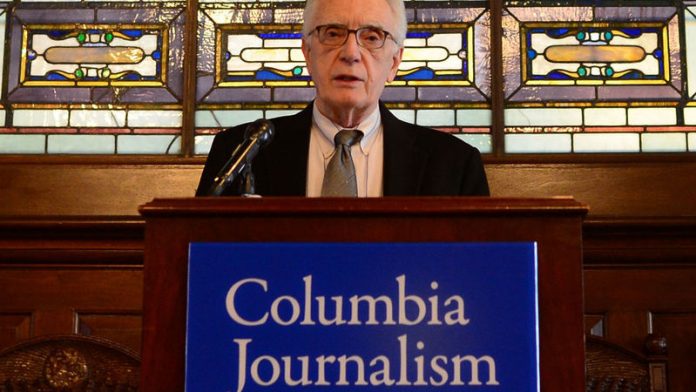 The Sun Sentinel of Fort Lauderdale, Florida, won the prestigious Pulitzer Prize for Public Service on Monday for its investigation of off-duty police officers who were endangering the lives of citizens, the Pulitzer board said.

The newspaper's investigation of off-duty police officers "who recklessly speed and endanger the lives of citizens" led to disciplinary action "to curtail a deadly hazard", the board said.

The 97th annual Pulitzer prizes were awarded by Columbia University. The most prestigious prizes in US journalism, the awards can bring badly needed attention to newspapers and websites competing for readers in a fragmented media industry, where many are suffering from budget constraints.

Reporters at InsideClimate News, an online site in Brooklyn, New York, won the Pulitzer Prize for National Reporting for their "rigorous" reports on the flawed regulation of the nation's oil pipelines, the Pulitzer board said.

The site's reporting by Lisa Song, Elizabeth McGowan and David Hasemyer focused on potential ecological dangers posed by diluted bitumen, a controversial form of oil, the board said.

"It's great to be recognised for the great work that our reporters did," said David Sassoon, publisher and founder of InsideClimate News, after the prize was announced.

"As much as it's a vote for us, it's also a bigger statement. Environmental journalism has been shrinking in newsrooms across the country and we've been filling the gap as best we could."

Exposure of corruption
The Pulitzer Prize for International Reporting went to David Barboza of the New York Times for his exposure of corruption at high levels of the Chinese government, including secret wealth owned by relatives of the prime minister, it said, noting his reporting was accomplished "in the face of heavy pressure" from Chinese officials.

Two reporters for the New York Times, David Barstow and Alejandra Xanic von Bertrab, won the Pulitzer Prize for Investigative Reporting for their reports on how Wal-Mart used widespread bribery to dominate the market in Mexico. Their reporting resulted in changes in company practices, it said.

The staff of the New York Times won the Pulitzer Prize for Explanatory Journalism for its coverage of business practices by Apple and other technology companies that "illustrates the darker side of a changing global economy for workers and consumers," it said.

John Branch of the New York Times won the Pulitzer Prize for Feature Writing for his "evocative narrative" about skiers killed in an avalanche, it said.

Overall, the New York Times won four of the coveted prizes, the board said.

The Pulitzer Prize for Breaking News Reporting went to the Denver Post for its coverage of the deadly mass shooting at a movie theatre in Aurora, Colorado, it said. The board noted that the Denver newspaper used "journalistic tools, from Twitter and Facebook to video and written reports" to tell the story.

Editorial prizes
The Pulitzer Prize for Local Reporting went to Brad Schrade, Jeremy Olson and Glenn Howatt of the Star Tribune in Minneapolis for their reporting on a spike in infant deaths at poorly regulated day-care homes that resulted in legislative action, it said.

The Pulitzer Prize for Editorial Writing went to Tim Nickens and Daniel Ruth of the Tampa Bay Times of St Petersburg, Florida, for work that helped reverse a decision to end fluoridation of the local water supply.

The Pulitzer Prize for Editorial Cartooning went to Steve Sack of the Star Tribune in Minneapolis.

For photography, the prize for Breaking News went to Rodrigo Abd, Manu Brabo, Narciso Contreras, Khalil Hamra and Muhammed Muheisen of the Associated Press for their coverage of the civil war in Syria.

The Feature Photography prize went to Javier Manzano, a freelance photographer for Agence France-Presse for his picture of Syrian rebel soldiers.

The Pulitzer Prize for Drama went to Disgraced, by Ayad Akhtar, a play about a successful corporate lawyer coming to terms with his Pakistani Muslim heritage.

The prize for History went to Embers of War: The Fall of an Empire and the Making of America's Vietnam, by Fredrik Logevall, published by Random House, and the prize for Biography went to The Black Count: Glory, Revolution, Betrayal, and the Real Count of Monte Cristo, by Tom Reiss, published by Crown.

The prize for poetry went to Stag's Leap by Sharon Olds, published by Alfred A Knopf, and the prize for general non-fiction went to Devil in the Grove: Thurgood Marshall, the Groveland Boys, and the Dawn of a New America, by Gilbert King, published by Harper.

The Pulitzer Prize for Music was awarded to Caroline Shaw for Partita for 8 Voices, which the board called "a highly polished and inventive a cappella work uniquely embracing speech, whispers, sighs, murmurs, wordless melodies and novel vocal effects".

The winners were selected from more than 2 500 entries, the board said. – Reuters