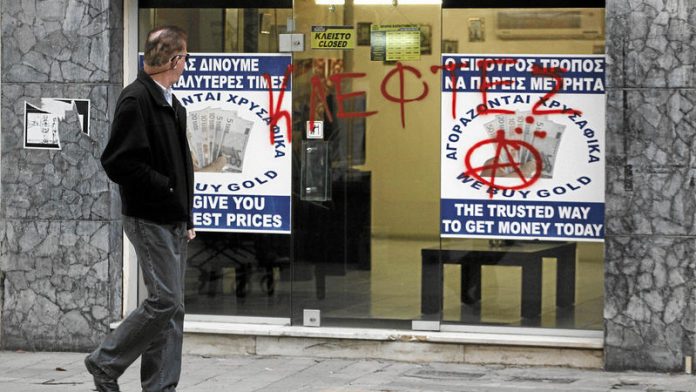 While being encouraged by the marked improvement in financial market conditions over the past six months, the International Monetary Fund (IMF) said further action was needed to tackle underlying threats to stability.

In its half-yearly Global Financial Stability Review, the fund said that the recent problems in Cyprus were a reminder of the continued fragility of market confidence.

"Global market conditions have improved appreciably in the past six months, providing additional support to the economy, and prompting a sharp rally in risk assets," the report read.

But with only a modest recovery in the global economy since the deep slump of 2008-09, the report stated that the improvement in financial market conditions could only be sustained through measures to address issues that posed risks both to financial stability and growth.

"Continued improvements will require further balance sheet repair in the financial sector and a smooth unwinding of public and private debt overhangs. If progress in addressing these medium-term challenges falters, risks could reappear. The global financial crisis could morph into a more chronic phase marked by a deterioration of financial conditions and recurring bouts of financial stability."

But it said despite "this notable progress", many banks in countries on the periphery of the eurozone remained challenged by high funding costs, the deteriorating quality of their assets and weak profits.

"The potential for contagion from developments in Cyprus is an important reminder of the fragility of market confidence. Although the adverse reaction to increased risk has not been intense in all markets, there was a renewed flight to safe assets and a sell off in some euro area assets."

While the use of expansionary policies have been designed to encourage banks to become less cautious, the report said the approach could prove dangerous: "These policies are generating a substantial rebalancing of private investor portfolios toward riskier assets, as intended. However, a prolonged period of extraordinary monetary accommodation could push portfolio rebalancing and risk appetite to the point of creating significant adverse side effects."

It added: "A higher appetite for risk could lead to exaggerated valuations and rising leverage, which may become systemic and spill over to emerging market economies. Most sectors exhibit few clear signs of asset price bubbles just yet, despite relatively rapid price gains.

"However, signs of overheating in real estate markets are evident in some European countries, in Canada, and in some emerging market economies."

Balance sheet weaknesses
The IMF said advanced western economies had taken significant steps to restructure their balance sheets, but progress had been uneven, with the process largely complete in the US but requiring further work elsewhere.

It said balance sheet weaknesses remained in the UK banking system, where buffers against impaired loans were not as strong as in some other countries.

"While major UK and core euro area banks have been actively de-risking and de-leveraging more needs to be done to complete the repair of balance sheets."

The report added: "The Libor scandal and several other high-profile fines and lawsuits related to compliance failures and mis-selling allegations continue to weigh on banks' profits." – © Guardian News and Media 2013