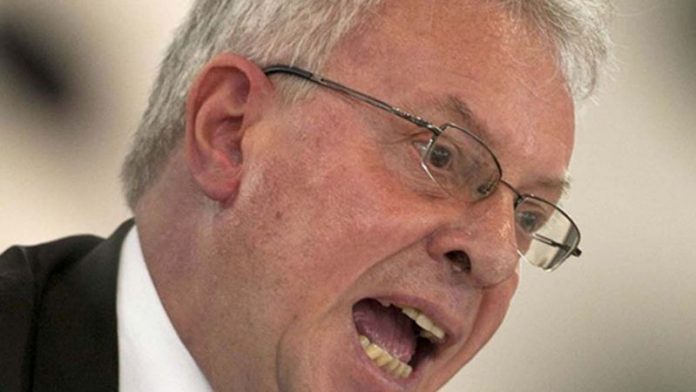 Judging by his comment to the Judicial Service Commission (JSC) last week regarding this column Judge Nigel Willis is advised not to read further if he wishes to maintain his Friday good humour. Serjeant at the Bar raises two issues with regard to the judge:

It is reasonable to think that these serious issues would have been raised with the judge by members of the commission when he applied for promotion to the Supreme Court of Appeal. But Willis ably deflected the initial question by complaining that this column was written by an anonymous panel and that was the end of the questioning.

There was no sustained interrogation of his views and their compatibility with the Constitution or of the propriety of a judge suggesting the highest court of the land was incompetent. It is surely a problem if in a judgment a judge articulates views that, if employed by a lay person, could be construed as contemptuous of the Constitutional Court.

The almost cavalier style of his interview has been contrasted with the long grilling of Judge Clive Plasket about transformation. Surely Willis's statements merited a similarly severe set of questions? By contrast, certain members of the JSC appeared to be critical of a judgment in which Plasket concurred, a case in which the JSC was a litigant. Not only is it a problem to assail a judge on a case one lost, but, whatever the merits thereof, he was doing his judicial job. The views expressed in Willis's judgments are far more ­unusual, but justified no questions.

Plasket joins a most distinguished group rejected by the JSC, as Izak Smuts SC reminded the nation in his compelling letter of resignation this past week. Talking to a number of senior lawyers, Serjeant gained the impression that the consensus view was that, although not quite in the same league as Geoff Budlender, Jeremy Gauntlett or Halton Cheadle, all of whom failed to be appointed, Plasket deserved promotion. He is regarded as a superior judge on all counts to Willis by lawyers who have appeared in front of both.

The JSC obviously disagrees. What the brouhaha throws into sharp relief is the question of whether the JSC regards a jurisprudential philosophy sourced in judgments or in the particular legal career of the applicant as of any importance. Further, does it have a conception of the broad kind of philosophy to be preferred? Unlike today, in its early years the JSC probed candidates about their views on the Constitution and how it could work to the advantage of millions of vulnerable South Africans.

The commission could respond to this criticism by arguing that judicial mavericks such as Willis play an important role in fostering debate and independence on the Bench. That is an argument that has serious weight, but it does not answer the key question: When faced with two candidates for one post and neither race nor gender is a factor, why is a lifelong commitment to ensuring that the poor can enforce rights together with a body of judgments that have a similar ambition not a cardinal consideration?

The debate should not focus on the comparative claims of two individual judges. They are more of a means by which to divine the criteria the commission employs to ascertain whether an appointment to judicial office will promote the core values of freedom, dignity and equality for all. To this important question, the JSC must urgently provide the public with a clear answer.

The committee says if two complaints against him are found to be true, they are “extremely serious”
Read more
National

In an extraordinary move for a judge, the deputy judge president says she secretly recorded a meeting that proves she was insulted by Judge President John Hlophe
Read more
National

No impeachment tribunal for Hlophe or Goliath — yet