Mandela grandchildren: We are not insensitive money-grabbers 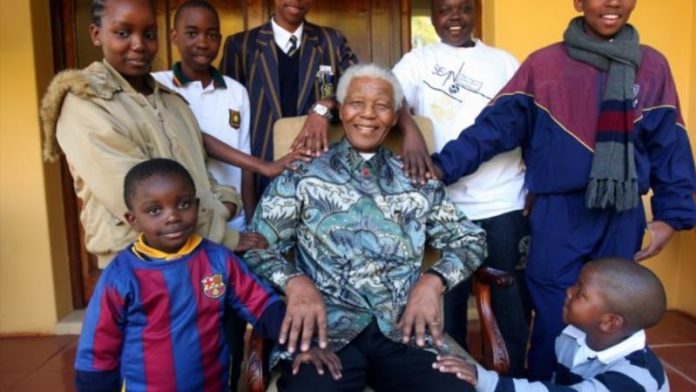 In a statement, all but one of Mandela's grandchildren said the associates, including lawyer George Bizos and Tokyo Sexwale, a businessperson and Cabinet minister, have tried to portray the Mandela family as "insensitive money-grabbers" with no respect for the legacy of the anti-apartheid leader and Nobel Peace Prize laureate.

"Most of us are gainfully employed, work for our own companies and run our own projects," said the statement, which did not identify any of the grandchildren by name.

Mandela has 17 grandchildren and 14 great-grandchildren, according to the Nelson Mandela Centre of Memory, a foundation based in Johannesburg.

They include granddaughter Tukwini Mandela, marketing director of a winemaking company that carries the Mandela name, and two other granddaughters who are starring in a US television reality show titled Being Mandela. The statement was approved by all the grandchildren except Mandla Mandela, a tribal chief in the Mvezo area of Eastern Cape province, where Nelson Mandela grew up.

South African media have quoted Mandla Mandela as saying he wants to distance himself from the dispute.

Court case
Two daughters of 94-year-old Mandela, who was an iconic fighter against racist white rule, have opened a court case against Bizos and his associates, saying they should not remain directors of two companies whose proceeds are supposed to benefit the Mandela family.

Bizos, a human rights advocate, says he is a longtime supporter of the Mandela family and that he got involved in the companies on Mandela's instructions.

He helped to defend Mandela during the 1960s trial that led to the African National Congress figure's conviction on sabotage charges and a sentence of life imprisonment.

Norton Rose, the law firm representing Bizos, says his position will be laid out in court papers likely to be filed in mid-May.

Health
​Mandela has withdrawn from public life, and is currently receiving medical care at his home in Johannesburg after several hospital visits in recent months.

He was discharged from a hospital in Pretoria earlier this month after treatment for pneumonia.

The statement from the Mandela grandchildren said "our mothers, aunts and lawyer have our full support". It said the court action by Makaziwe Mandela and Zenani Dlamini, daughters of Nelson Mandela, is not about "money and exploitation of the Mandela name". The goal of the legal action is to safeguard the interests of beneficiaries and shareholders, in line with a trust set up by Mandela to provide for his family, the statement said.

The Star newspaper has quoted Bizos as saying Makaziwe Mandela's goal is to take some company money, estimated to be  R11.9-million, without providing details of how it would be used.

"That is contrary to the provisions of the trust. Therefore we refused to give her the money," The Star quoted him as saying. – Sapa-AP