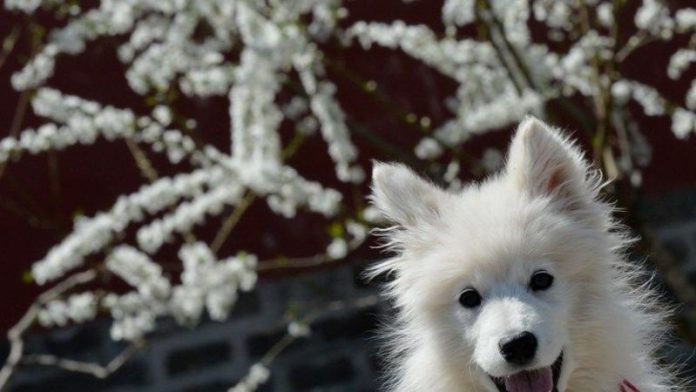 Every dog has its day, and for Afghan pooch Aiden, today is for dancing lessons, while cats Lucky and Missy are legally guaranteed their nightly shrimp dinners according to their owner's last testament.

These are just a few of the Spoiled Rotten Pets, a new television series that dives into the world of fawning pet owners who outfit rats in formal wear and pamper Burmese pythons like princes.

The series, which will debut on US cable network Nat Geo Wild on Saturday, follows host Beth Stern as she meets devoted pet owners who go above and beyond spoiling their pets – a venture the network's chief, Geoff Daniels, said was not so hard to find.

"This is about saying that this is more pervasive that anybody thinks," Daniels, executive vice-president for Nat Geo Wild, a sister network of the National Geographic Channel, told Reuters.

"The show is about colourful and relatable people," he added. "Everybody knows someone like this or does something for their pets to this degree."

Indeed, as the series seeks out the over-the-top pet owner, it also shows they are not alone.

After all, there is a thriving market for their spoils of clothing and comfort.

New York resident Cynthia takes time to iron the countless dresses and sweaters that her Yorkie, Toto, wears every day.

"Toto is spoiled," Cynthia says. "I want to do everything possible that I can to make sure that Toto is happy and healthy." But Toto also has her own psychic, who cautions that the toy-sized dog feels trapped in her fashionable threads.

"She wants to run naked on the beach," pyschic Madrette says while reading Toto's paw print."Just once in a while, make sure that she feels that she's being put first … think she would really like a mommy-and-me day," Madrette says in her final analysis.

'Pig-ticians' and 'Bark-Mitzvahs'
​"It's really interesting to see how these people put their pet care above their own," Daniels said. "You consistently get the sense that there's nothing too great for these animals if you see them as family and friends."

Enter Dave and Jennifer, who drop off pet pigs Wilma and Pebbles at a nearby "pig spa" for the night, which will be the couple's first night without them in eight years.

Wilma and Pebbles get the five-star treatment, like Chinese massage from a "pig-tician", while Dave and Jennifer have a quiet but uneasy night as empty-nesters.

Not to be outdone, Diane from upstate New York keeps her 10 rats on a strict vegan diet while spoiling newcomer Vinnie with a special first birthday party where he gets his own tuxedo.

"It's one thing spoiling dogs and cats, but we're talking pigs and donkeys and rats and tortoises," Daniels said.

Religion also gets its due when New Jersey couple David and Donna give their Pomeranian dog, Sophia, a "bark mitzvah", a canine take on the Jewish coming-of-age bar mitzvah ceremony.

"She's my daughter so I feel like I'm going to do whatever it takes to make her happy," says Donna. More than 70 guests, including dogs, attend the ceremony under a tent in the couple's yard.

But it is not the first bark mitzvah for the rabbi, who says she has done the same for the dogs of comedians Joan Rivers and Roseanne Barr.

"We are really trying to transform our offerings and bring in more women, especially," Daniels said. "We're looking for differentiation in the marketplace and a more balanced demographic."